Flooding and landslides Sri Lanka as of 4 February 2011

After 1 million people were affected 3 weeks ago by flooding, recent rains are bringing  more casulaties, more damage. Here are reports the Sri Lanka Red Cross are getting from their branches. 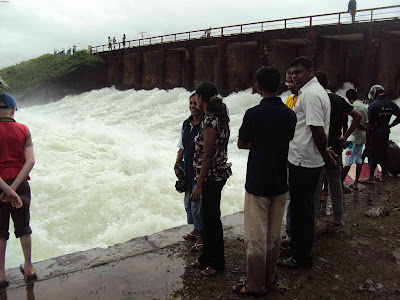 
Colombo, Sri Lanka: As monsoon rains continues to pound the whole island, the number of people affected by floods and landslides continues to rise. By 1200 hrs on the 03rd of February 2011 the country’s Disaster Management Centre says that over 100,000 people have been affected by floods while 30,000 people have sought refuge at 147 temporary relief camps set up by the government. 3 deaths were also reported from Ampara, Vavuniya and Badulla owing the inclement weather conditions.

The Sri Lanka Red Cross Society has so far distributed dry rations, cooked food non-food relief items and relief packages to over 10,000 people in Ampara, Polonnaruwa, and Batticaloa and in Matale. According to Head of Operations Surien Peiris steps have been taken to distribute larger quantities of relief packages to affected regions. 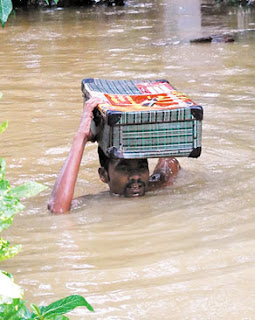 Meanwhile schools in the North Central and Central provinces have been closed indefinitely due to the bad weather conditions in the area.
Also several sluice gates of water tanks in the North Central, Central and North Western Provinces were opened following the heavy rains. Officials said that some roads in these areas were also inundated hampering transport activities.

Below are details of the devastation in the affected regions assessed by SLRCS.


•Continuing the flooding for a second time within 3 weeks

•The biggest tank in Ampara Senanayaka Samudraya (also called Iginiyagala tank) reaching over 90% of its capacity. Around 0900 hrs several sluice gates to the tank was opened (5 out of 6).

• According to the department officials (Regional Director of Irrigation Amapra) the sluice gates could be opened again in the future if the inclement weather conditions continue. The levels reached during the past few days are after a lapse of 16 years.

•There are 22 tanks in Ampara (large and medium), out of this two tanks have been damaged (Walagama & Valathapitiya), presently 18 tanks are spilling and 1 tank’s gates have been opened.

•Within the Ampara Irrigation network, the two damaged tanks will cause severe effect and the expected areas to get affected as per RDI, Damana, Deegawapi, Irakkamam, Kallar to Akkaraipattu coastal belt.

•GA office along with the Civil Security force warned people who are prone towards flash floods to move to a safer location. In several areas most communities have already taken refuge at local mosques.

•Schools have also been closed due to the inclement weather condition.

•Landslide in Salagama GND in Yatawatta divisional secretariats. 20 families evacuated 85 individuals. Dry food rations have been provided by government. According to the Disaster Management Centre says a in minimum it will take over 14 days to remove the threat of rock sliding in the area.


•Water level of the Badulu Oya has increased posing a risk to families in Badulupitiya Grama Niladari (GDN) Division and Badulla East Grama Niladari Division. Most of them have been evacuated to a safer location.

•30 nuns in Mawalagama Aramaya in Padiyathalawa Road, Mahiyanganaya removed to temporary shelter camp due to the risk of land slide. 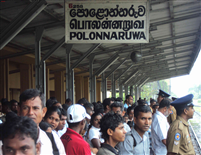 People seek high ground at the railwaystation which is above flood waters although no trains are running.

•At the Parakrama Samudraya 12 sluice gates were to release over 418 Cubic Meters of water per a second.

•At the Kaudulla tank 11 sluice gates; one foot height have been opened releasing of 4500 cubic meters per a second.

•As of now, the main road from Polonnaruwa to Batticaloa is under 3 feet of water.

•All mode of transportation have come to a standstill due to the flood situation in the area officials say that water levels might reach up to 8 feet if the rains continues for another 24 hours.

•A additional Train service has commenced from Polonnaruwa to Manampitiya to provide transportation to stranded commuters.

•Thousands of acres of paddy land in the district have been affected by the flood so far and more paddy fields are still under water threatening the crops to be destroyed.

Read our Appeal document and I hope you will give generously.

Thanks tp Mahieash IFRC for this report.

Thank you for some other informative site. The place
else may I get that type of information written in such a perfect manner?

I have a project that I am just now working on, and I've been at the glance out for such information.