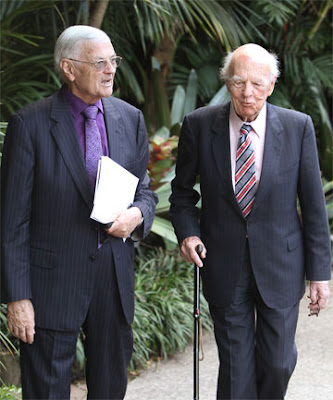 The last thing he would want is publicity, but former New Zealander Howard Harper, is at last getting some publicity for being one of the most committed humanitarians I have ever known. From Kabul with Love is an utterly unique book – it follows the adventures of New Zealander Howard Harper, as he embarks as a medical worker into Pakistan and Afghanistan. Last year I wrote an article on my blog about this amazing humanitarian. Here is the link:
http://bobmckerrow.blogspot.com/2010/10/is-he-not-greatest-living-humanitarian.html

The story is told through letters sent between Howard and Monika Harper, and Howard’s father, Auckland Pharmacist, Stan Harper.

Howard sets off as a young man in the 1950s first of all to Pakistan, and then to study medicine in England. In England he meets and marries a young nurse, Monika, before heading back to Pakistan – driving overland from England with a caravan in tow. Their adventures eventually take them to Afghanistan in the 1960s to work with the blind and provide relief aid.

What is remarkable about this book is the honesty of the letters. They reveal the human face of life in extremely challenging environments and of those at home in 1950s and 60s New Zealand.

Publication of this book coincided with Howard Harper being awarded the prestigious 2010 Augusta Award from Auckland Grammar School. Past winners have included many well-known New Zealanders, including Sir Ed Hillary.

So I was delighted that last night this great NZ huamnitarian was  presented by Kea New Zealand and New Zealand Trade and Enterprise, this prestigous award which recognises extraordinary New Zealanders who have excelled at the highest levels in their chosen field.

Dr Harper, 80, was named the Supreme Winner at the awards ceremony at Auckland's Langham Hotel.

The Te Kuiti-born eye surgeon has spent his life restoring sight to tens of thousands of people in some of the most hostile countries in the world, including Afghanistan, Iran, Pakistan and the former states of the USSR.

He has funded and built eye hospitals; seen one of them destroyed and rebuilt it, built schools and trained dozens of eye doctors.

His legacy includes the Noor Hospital in Afghanistan, a soon-to-be-completed eye clinic alongside it, 10 self-sustaining eye clinics throughout central Asia, some of them now operating for 30 or more years, and two schools.

Dr Harper is held in such high regard in Afghanistan that he was granted Afghan citizenship - one of only a few foreigners ever accorded this honour.

''Howard has dedicated his life to improving the lives of countless others, often risking his own safety in some of the world's most treacherous lands,'' he said.

Dr Harper said he was surprised to receive the award. ''I did not think about it personally and when I heard I said there must be someone more than myself who deserves it.''

He and his German-born wife of 50 years Monika, have three daughters; Naomi was born in New Zealand, Faith in Pakistan and Joy in the UK.

Lord Denman, who for 40 years has worked behind the scenes opening doors for some of New Zealand's biggest and most successful companies, sharing his networks and expertise in the Middle East and the United Kingdom, received the Friend of New Zealand Award.

Known to his friends as Charles, Lord Denman, was surprised to hear about being given the Friend of New Zealand award ''particularly in my later years, as I'm 94.''

But he sees his age as an advantage particularly in the Middle East. ''I just soldier on, determined to live my life and go on contributing as much as I can,'' he said.

He also served as a director of Challenge, which later merged with Fletcher Holdings and Tasman Pulp and Paper to become Fletcher Challenge in 1981.

Lord Denman worked alongside some of New Zealand's most successful business leaders including Sir Ron Trotter and Malcolm McConnell.

He said New Zealand is ''a pretty unknown entity to any of the oil rich countries in the Middle East'' but has opportunities to develop businesses there.

One of the things he'd be doing is to bring a delegation of Middle East businesses to New Zealand early next year, he said.

It is so good to see two great and humble men being honoured, in different spheres, for life-long contributions to humanity and business. I salute you Howard Harped and Charles Denman for making this world a better place. Bob McKerrow

Thanks to Stuff NZ for permission to use selected text and one photo.

It's very easy to find out any matter on net as compared to books, as I found this article at this web page.

Here is my webpage ... Instant income