In Minnesota for North Pole Reunion 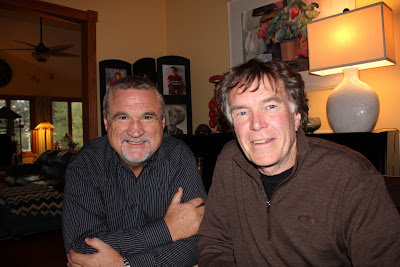 Bob Mckerrow (left) with Will Steger. The fourth person ever to reach both Poles, Will Steger is known by many titles—educator, activist, photographer, and explorer. This former explorer-in-residence for National Geographic is a pioneer in his field, with a series of firsts in polar exploration to his credit.


I tumbledof bed at 0030 a.m. on Thursday 12 May. With Ablai (11) we took off at 5a.m from Colombo and it was a thrill to look out the window four hours later, to discover we were over the empty quarter, that largely untracked desert in UAE, crossed by Wilfred Theseiger and Arab companions in the late 1930’s. Changed flights in Abu Dhabi and boarded a fourteen and a half hour flight to Chicago. After a few hours we were over Turkey and Ablai spied some mountains, and took this photo below: 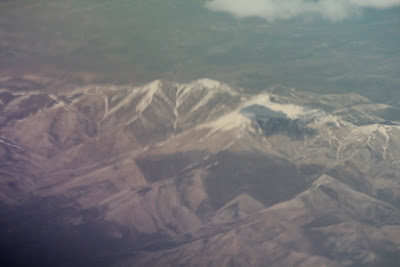 We winged over Europe,and then Denmark, southern Norway, over Iceland then flew over Greenland. Most of our 1986 North Pole team members have done many trips in Greenland in the last decade, and a place I had read extensively on.

Then a long haul into Chicago. A ling, tiring wait at immigration. I almost cried when customs made me ditch a bottle of Brandy in the garbage as you can’t carry it on internal flights in the US of A. 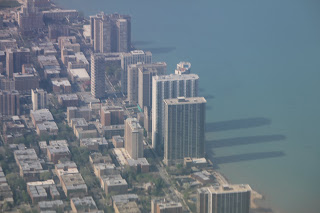 Ablai's photo from the plane looking over Chicago.

Met at Minneapolis/St. Paul airport by Bill and Duffi Sauer, and my old sled partner from the North Pole expedition, the towering Brent Boddy. A remarkable Arctic traveller, Brent has lived most of his adult live in remote Innuit settlements (Eskimo) in the high Canadian Arctic. In early 1986 when we were training for our North Pole on Baffin Island where Brent lived then, he and I helped him drive his team of dogs and sledge, and shared the same tent. We also shared dangerous and emotional moments such as when he was badly concussed when hitting his head after falling from an ice pinnacle, and we put up a tent, looked after him until he was better. Some weeks later when I was lighting a leaking white spirits stove in the tent, gwhen it exploded, and Brent and Paul Schurke saved me from certain incineration..

Brent and I had not seen each other for 25 years so driving from the airport to our hosts, we gave thumbnail sketches of the intervening years. 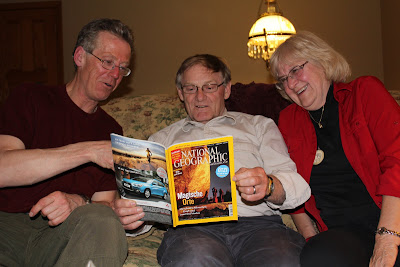 Ablai and I stayed with a delightful couple, Bill and Duffy Sauer, keen skiers and outdoors people. In the last 15 years Bill has been on a number of expeditions with Paul Schurke, to Greenland, Kamchatka, Siberia, Wrangel and and Northern China and inner Mongolia..

Bill who retired some years ago, after selling a successful automotive diagnostic hotline business for technicians. 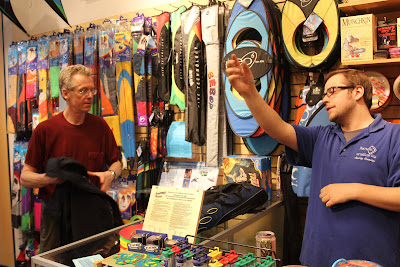 
On Friday, Ablai, Brent and I went outexploring Minnesota. We stood in awe of the mighty Mississippi River, which winds through central Minneapolis, wreaking havouc downstream, flooding southern States. We caught a train from Nicollet Mall and travelled the Hiawatha line to the Mall of America, the largest mall in the world. Three jet lagged travellers were after some good food, and Brent, hell bent on going to one of the few Kite shops in the USA. Brent at 56, is a fanatical Arctic traveller, who used dogs for 35 years to haul his sleds on many expeditions in the Arctic. Now he travels on skis with a kite, connected to a body harness, or connected to his sledge. He sold his dogs a few years ago, retired early from the Government in NWT, and is a full time kite skier. 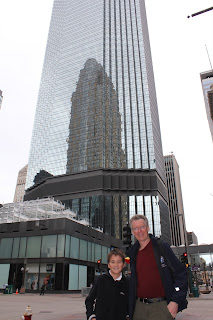 Photo on the right: Ablai (left) and Brent in downtown Minneapolis

The advantage kite skiing has over dogs, manhauling or skiing with a back pack is when you face a lead, or open water, on the polar sea, you use the wind-filled kite to get speed up, and with the correct manovering, the kite flies you over the open water to safe ice on the other side.

Later in the afternoon, Will Steger, came to pick me up and drove me for 45 minutes across the border to Wisconsin to team up with Jasom Davis, the famous US adventure TV director/producer who covered our 1985 Arctic expedition and the 86 North Pole exhibition. 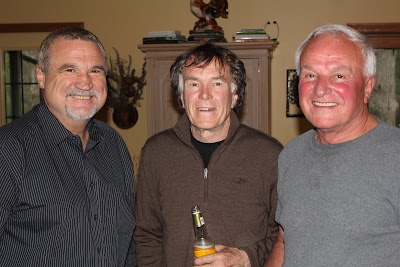 It was quite an honour having the world’s greatest living polar explorer drive me as I had his undivided attention for 45 minutes each way to Jason’s home in the beautiful Wisconsin countryside. Our lives have taken different paths over the past 25 years. Jason and his wonderful family were there to welcome us and we enjoyed a delicious BBQ meal and salad. For three hours we spoke of explorers, politicians, world events and family. Thoses two trips on the Arctic ice that Jason covered on American and world TV, was something that bonded the three of us.

The fourth person ever to reach both Poles, Will Steger is known by many titles—educator, activist, photographer, and explorer. This former explorer-in-residence for National Geographic is a pioneer in his field, with a series of firsts in polar exploration to his credit.


In 1986 he made the first confirmed unsupported journey to the North Pole, leading a team of eight people with 50 sled dogs. Two years later he guided the longest unsupported dogsled expedition in history, a 1,600-mile (2,575-kilometer) south-north traverse of Greenland. In 1995, he led a 1,200-mile (1,900-kilometer) expedition between Russia and Ellesmere Island, Canada, via dogsleds and canoe sleds with a team of five educators and scientists. This sweeping project earned Steger the prestigious National Geographic John Oliver La Gorce Medal, awarded only 19 times since the founding of National Geographic in 1888. Steger joins Roald Amundson, Amelia Earhart, Admiral Robert Peary, and Jacques-Yves Cousteau in this honor.
In 2004, Steger led a five-month journey through the Northwest Territories in Canada.

Having testified before the U.S. Congress on polar and environmental issues, Steger has become a recognized authority on polar environmental concerns. So that is a little background on Will.

Today we go to the Minnesota History Centre for a family open dayfrom 12 noon to 4p.m where we display our North pole equipments such as sledges, tents, clothing and the eight expedition members are available to talk to the public. At 4 p.m we put on a presntation on our expedition..

Kia ora Bob,
Have a great reunion. All these places, Chicago, Mpls., and Wisconsin make me a bit homesick.
Cheers,
Robb

Kia Ora Robb, I can imagine you feel home. Be reassured, ylour USA is fine. I have met so many outstanding people, and yesterday at a public lecture i met mr and Mrs Ordinary. They are fine people who love their country. Thank God we have barrack leading them. Ka kite ano, Bob

Hello, i think that i saw you visited my site thus i came to
“return the favor”.I'm trying to find things to improve my website!I suppose its ok to use a few of your ideas!!
my webpage - sexy girl

He was totally right. This post actually made my
day. You cann't imagine simply how much time I had spent for this info! Thanks!
Visit my blog post :: Piss: German Gear Shift Fuck And Peeing

The company has further provided that we offer Literature Review Services to our writers whenever changes emerge relating to the completion of Already Written Essay Writing Services has guaranteed client satisfaction through delivery of quality work.