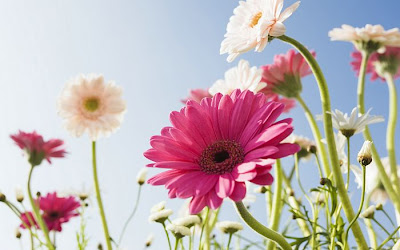 I was so excited yesterday when Barack Obama gave his victory speech and watched the re-run of the day's event over and over. My heart is full of hope in a time of deep dispair, depression and growing poverty.

The short article below by Michael Moore moved me. It came closest to my thoughts over the last day and a half as we begin to watch a thousand flowers blossom. 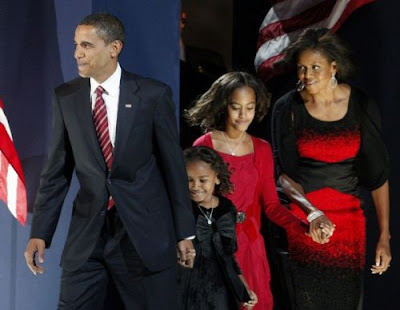 Who among us is not at a loss for words? Tears pour out. Tears of joy. Tears of relief. A stunning, whopping landslide of hope in a time of deep despair.
In a nation that was founded on genocide and then built on the backs of slaves, it was an unexpected moment, shocking in its simplicity: Barack Obama, a good man, a black man, said he would bring change to Washington, and the majority of the country liked that idea. The racists were present throughout the campaign and in the voting booth. But they are no longer the majority, and we will see their flame of hate fizzle out in our lifetime.
There was another important "first" last night. Never before in our history has an avowed anti-war candidate been elected president during a time of war. I hope President-elect Obama remembers that as he considers expanding the war in Afghanistan. The faith we now have will be lost if he forgets the main issue on which he beat his fellow Dems in the primaries and then a great war hero in the general election: The people of America are tired of war. Sick and tired. And their voice was loud and clear yesterday.
It's been an inexcusable 44 years since a Democrat running for president has received even just 51% of the vote. That's because most Americans haven't really liked the Democrats. They see them as rarely having the guts to get the job done or stand up for the working people they say they support. Well, here's their chance. It has been handed to them, via the voting public, in the form of a man who is not a party hack, not a set-for-life Beltway bureaucrat. Will he now become one of them, or will he force them to be more like him? We pray for the latter.
But today we celebrate this triumph of decency over personal attack, of peace over war, of intelligence over a belief that Adam and Eve rode around on dinosaurs just 6,000 years ago. What will it be like to have a smart president? Science, banished for eight years, will return. Imagine supporting our country's greatest minds as they seek to cure illness, discover new forms of energy, and work to save the planet. I know, pinch me.
We may, just possibly, also see a time of refreshing openness, enlightenment and creativity. The arts and the artists will not be seen as the enemy. Perhaps art will be explored in order to discover the greater truths. When FDR was ushered in with his landslide in 1932, what followed was Frank Capra and Preston Sturgis, Woody Guthrie and John Steinbeck, Dorothea Lange and Orson Welles. All week long I have been inundated with media asking me, "gee, Mike, what will you do now that Bush is gone?" Are they kidding? What will it be like to work and create in an environment that nurtures and supports film and the arts, science and invention, and the freedom to be whatever you want to be? 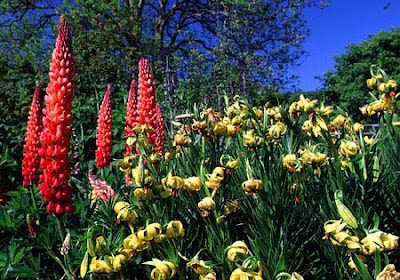 Have been mulling over Obama's victory, and reading everything I can find, and really enjoyed the article by Mike Moore, So hopeful!

Geez I hope he pulls through and lives up to some of the expectations that have being created. Man, what a weight, the economic crisis, the war on terror, a resurgent Russia...

Also reading this morning on Human Security Report about the effect of the downturn on aid funding, http://www.irinnews.org/Report.aspx?ReportId=81319

What a world we live in. Interesting, happy and sad days ahead.

Thanks for journeying with us on our travels, enjoy your comments on our blog.

These are heady times. We need strong, moral leadership and Obama can give that. He went to an Indonesian school in Jakarta for five years as a kid so he understands the problems of the lesser developed countries.

Agree, it is a weight on his shoulders but he has no shortage of money to employ the best advisors in the world, unlike Bush, who employed sub-standard advisors or he never listened to them.

A resurgent Russia is positive as it is a counter balance in geo- politics. Russia has mature leadership so they are not a worry. The war on terror is a misnomer for discrimination. The way the Christian world has treated the Islamic world for the last two centuries, makes ugly reading. Obama can bridge and heal the gulf. He must. When he was at school as a 10 year old in Jakarta, he wrote two essays, 'My Mother - My Idol' and 'I want to be President of the US.' It is his destiny and he will be a modern day Mandela, a healer and a bridger.

I am enjoying TRAVELLING WITH YOU IN CHINA. THANKS FOR SHARING YOUR THOUGHTS.

Kia ora Bob,
I am still fizzing! Election day here in NZ. Go Greens! I am amazed at the amount of people here who love the fact that the US has elected Obama, and then tell me they are voting National!
I still feel elated at the US result, last night I had few quiet ones with my wife, and three beautiful Maori women whom are our great friends. The talk of Possibilities was inspiring and from an indiginous perspective a way forward. Perhaps Obama can begin this process of healing humanity. One day at a time. Have a great weekend Bob.
Cheers,
Robb

I was feeling pretty good until I saw the results of the NZ election tonight. Labour seem to have lost most of their seats to the Maori party which gives a strong message to Labour. The Greens are looking good to take at least 6 seats. But can we trust National with environmental issues ? Let's give National a chance.

You have a good weekend too Robb. Arohanui.

This cannot have effect in fact, that is what I believe.

Howdy are using Wordpress for your site platform?
I'm new to the blog world but I'm trying to get started
and set up my own. Do you need any html coding knowledge to make your own blog?
Any help would be greatly appreciated!

Stop by my web-site Paris

Great post yet I was thinking about whether you could compose a litte more on this subject? I"d be extremely grateful on the off chance that you could expound a smidgen further. Welcome it!