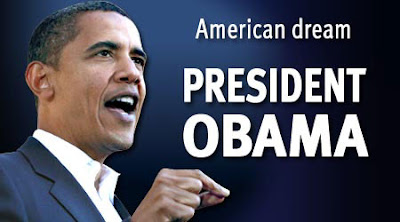 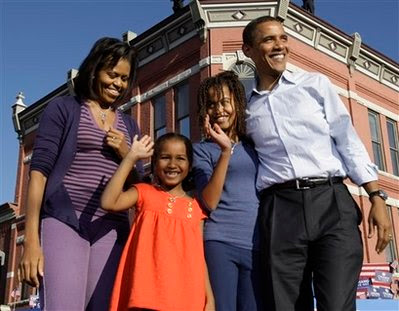 Today I thought of Henrik Beer, Secretary General of the International Federation Red Cross and Red Crescent Societies from 1960 to 1982. If he were alive today, Henrik would have been so moved to see a black American President. Henrik Beer worked tirelessly to bring diversity into an organisation that was European, North American and Scandinavian dominated in the 1960s and 70s.

Henrik bought in Bill Dabney as his Deputy Secretary General in the late 1960s, the first black American to hold that position. Justice Adefarasin, from Nigeria in 1977 became the first African to hold highest position in the Red Cross, the President of the then League of Red Cross Societies.

Recently, the International Federation of Red Cross and Red Crescent Societies appointed Bekele Geleta, from Ethiopia, as our first African Secretary General.Bekele is bringing about positive changes that will enable us to scale up our efforts to assist the most vulnerable people. 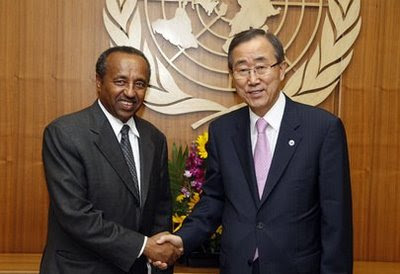 
These are times of change, healing and renewal in world politics and world humanity. I salute you Barack. You spent many years as a boy in Jakarta, and won the admiration of so many Indonesians. They called you Barry and now the 'Menteng Kid' after the school you attended. I live in Jakarta and hear and read from people who knew you. My boys go to school in Jakarta too and I know you will be an outstanding role model for them, and so many young people in Indonesia.

I also note that when Hurricane Gustav struck the US in September this year, you asked people to give to the American Red Cross. I quote from AFP.

Associated Press
September 2, 2008
DETROIT - Barack Obama urged hundreds of thousands of supporters yesterday to donate to the Red Cross to help victims of Hurricane Gustav. The Democratic presidential nominee scaled back Labor Day speeches to unions in an effort to keep the focus on the Gulf Coast.

It will be a challenging road ahead, but I am convinced we now have the moral leadership, both political and humanitarian, to tackle the issues of inequity, poverty, conflict and discrimination and the will, to turn the World's economy around.

Jakarta celebrates the Menteng Kid’s victory
The Jakarta Post this morning ran the headlines above and the following story which shows the affection people have for Barry (Barack)or the Menteng Kid.

Jakarta shared the anxiety and the joy of the U.S presidential election won by new Indonesian darling Barack Hussein Obama on Wednesday.
It was a special day for students of Obama’s former school SDN Menteng 01, Central Jakarta, who gathered at the school’s hall to watch the final results pour in. Several pictures of Obama during his school years there were prominently displayed.
A 15-minute silence has been held here every day since Monday to allow the students to pray for Obama’s victory.
“Every day we have something different to pray for, but since Monday we have prayed for him,” said principal Kuwadiyanto.
Obama, or Barry as he was affectionately called during his time in Indonesia, enrolled in the school — then named SD Besuki — as a third-grader in 1968. He previously attended the Fransiskus Asisi Catholic School, also in Central Jakarta.
Obama’s historic election as the next U.S. president was a dream come true for his supporters in Indonesia.
“I think it’s good motivation for the children to study hard and set their dreams high,” Kuwadiyanto said.
Israella Dharmawan, Barry’s former teacher at Fransiskus Asisi and an avid follower of the U.S. election, said she was proud and touched by Barry’s win.
“I hope to see him become a good president and keep his campaign promises,” she said, adding he was good, cheerful and easygoing as a young boy.
“I remember he once wrote two stories titled ‘My mother, my idol’ and ‘I want to be a  president’,” she said.
Posted by Bob McKerrow - Wayfarer at 21:30

Kia ora Bob,
I was so proud of my country yesterday, I had tears in my eyes so many times. I listened to Bob Dylan and just thought. I thought of my white grand fathers and how they came to America to create their dreams, still higher up the ladder than people of colour or indiginous race, yet still they worked so hard. Perhaps now, though there is still so much to be done, the Possibility of what America was really meant to be for all people, and the world, will begin. It gives me hope for the world. All I can write to Obama is Kia Kaha!
Cheers Bob,
Robb

What a great moment in history isn't it. Love your post. It confirms everything I felt. For the first time I watched the politics closely and yesterday I was so touched I cried. Yes there is a lot of hope now for everybody.
Have a great day

A gtreat day in world history. I cried when I was watching Barack speaking live, What a speech, what a man !

I am so thrilled you got involved with this wonderful event which will slowly lead to change, reform and healing. There is such a load on his shouldxers but I know he can give the moral lesadership that has been lacking for decades.

With all due joys, this should be the period of utmost carefulness and conscious concentration on
the vital issues affecting the future the nation and due attention of not being stabbed
from the back. Include the locality Most realtors, property brokers
and owners miss out on this when placing ads in newspapers for selling or leasing their properties.

Among Pakistan newspapers, the best-studied papers are not always those from the nation's capital. God gets all buddy-buddy with Satan and in fact hires Satan to cause our hero all sorts of misfortunes and calamities. " Despite Saudi assurances of textbook reform, the May 2006 Freedom House report entitled "Saudi Arabia's Curriculum
of Intolerance" reveals that the teaching of hatred continues.

Here is my site ... egyptian newspapers