90 years old - The largest humanitarian orgamisation in the World. 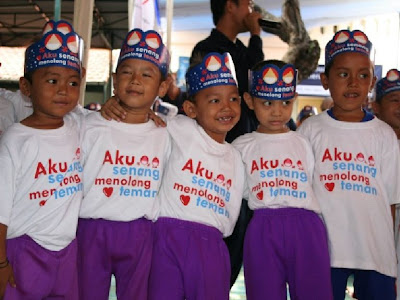 With "I am happy helping my friends' written on their T shirts, these young Indonesian Red Cross volunteers live out the slogan.

Displacement, disease, increasing disasters, a lack of clean water, food shortages, rising violence, the separation of families, grinding poverty and escalating vulnerability are some of the frequent challenges faced by tens of millions of people worldwide affected by armed conflict, natural catastrophes, internal violence and climate change.
Too often, their suffering goes unnoticed and unchecked. In an effort to give the victims of war and disaster a stronger voice, and in an attempt to get people around the globe to sit up and take action, the world's largest humanitarian network – the International Red Cross and Red Crescent Movement – is launched a global campaign called Our world. Your move. on 8 May.

"This campaign is about more than raising awareness, this is a call to action. It's about engaging people in the spirit of volunteerism and empowering everyone to make a difference in the world around us. Each and everyone of us must work in our communities so we are better prepared to cope with current and emerging crises. Together we can protect our future by taking action today," said Juan Manuel Suárez del Toro, the president of the International Federation of Red Cross and Red Crescent Societies (IFRC) 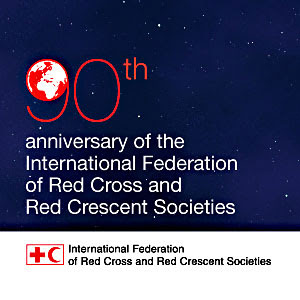 To celebrate its 90th anniversary, the IFRC held special events in Paris, on 4 May. At a special reception held at the Elysée Palace, the “Paris Declaration” on the humanitarian challenges the world faces today, was presented presented. The document calls for a major shift towards a culture of prevention and preparedness, instead of just emergency response to disasters.

The campaign is symbolized by a globe in disarray. Each time someone takes action or takes an interest via the web portal http://www.ourworld-yourmove.org/ they are helping to restore order to a world in a mess. The site also allows users to share their experiences through blog contributions, videos and photos.

"Because of the global economic crisis, these are obviously hard times for a lot of people, but they're even harder for those who had very little to begin with. We have a collective responsibility to make our world a better place and we each have the individual power to 'make a move' to help others, whether it's spending time with an elderly neighbour or offering food and shelter to a family displaced by fighting," said Jakob Kellenberger, the president of the International Committee of the Red Cross (ICRC). 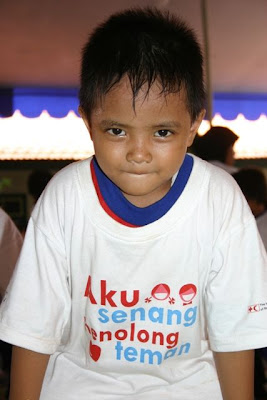 With I am happy helping my friends" emblazoned on his T shirt, Angunn Perman Sidiq joined in the celebrations in Jakarta on 8 May 2009. 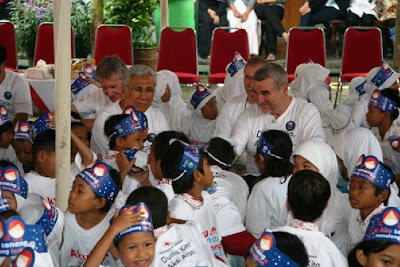 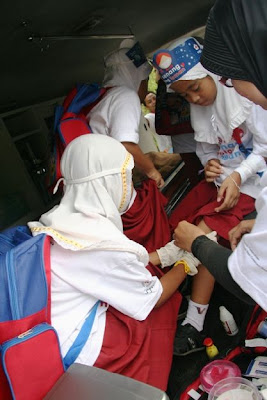 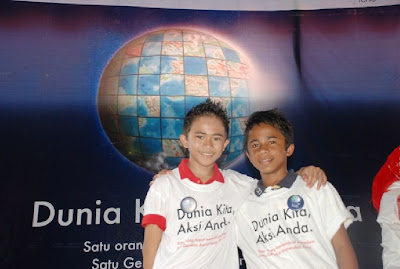 Two Indonesian Red Cross volunteers with Our World Your Move written on their T Shirts in Bahasa Indonesian. Both boys are trained in first aid and are knowledgeable about Avian and Swine Flu.

As they are aware of the humanitarian challenges the world faces today, the Indonesian Red Cross (PMI} believes that raising volunteerism from childhood is important.
The PMI has started to drive the global campaign, Our World. Your Move, by introducing humanitarian activities to the children as they are the best change agents thought their peers for making a better world.
Please go to this link http://pmi.or.id/ina/news/?act=detail&p_id=106 for more detail.

From 24 to 28 June, thousands of young people from more than 120 nations are due to take part in a world youth meeting and humanitarian village in the Italian village of Solferino, where they will commemorate the history of the Red Cross and Red Crescent Movement, and define their vision for tackling today's humanitarian challenges. The vision for improving the world, sorting out the mess, must come from the new generation of humanitarians.
Posted by Bob McKerrow - Wayfarer at 19:14

Kia ora Bob,
Happy Anniversary to your wonderful organization and all whom have participated in its being. Your actions, deeds, and voices have truly inspired me to look beyond my own narrow little world. Cheers for the links and I will follow up. May the wind fill your sails Bob.
Cheers,
Robb

Always good to get your feedback and feel your zest for life.

It has been a week of celebration. especially for those committed voluneers who give millions of hours every day to help others who are struggling to survive.