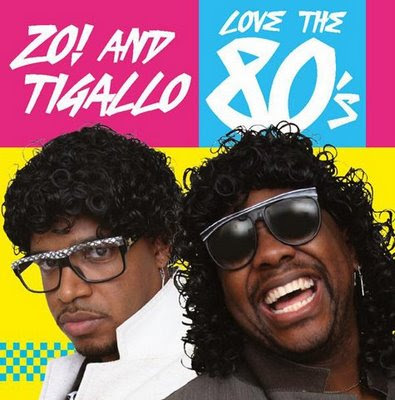 It's not been an epic year in the sense of the sort of epic year that saw the Berlin Wall come down, or the Tianenman Square massacre, or the death of Princess Diana, but something is happening dammit, and here we want to try to catch the Zeitgeist, whatever it may be. There's a smell in the air, a crackle, a whiff.


Take a look around you. Market capitalism in tatters. A black president shaking hands with Hugo the Chavez. A German Pope calling for a Palestinian state. British MPs caught in the strobelight guzzling from the honey jar. And peppering the mix, a global pandemic poised to strike in November and leave us all with a nasty dose of the sniffles, or much worse.

And yet the moneymen and women - the bread heads as the Young Ones called them when they grew up - are telling us that we've turned the corner, weathered the storm, bottomed out, and so on.
The Financial Times that I picked up in Minsk's gargantuan but eerily empty airport a couple of days ago told me cheerily that when stocks rally, as they appear to be doing now, then an economic recovery is but six months away.

Hurrah! Let joy be unconfined! In six months then we'll all be reverting to type, snapping up bargain villas in Bougainville and jetting off to Frijiliana, cigars chomped in our golden teeth, gargling with Krug. Well yes, some of the fatter cats certainly will, as they have been all through this crisis. 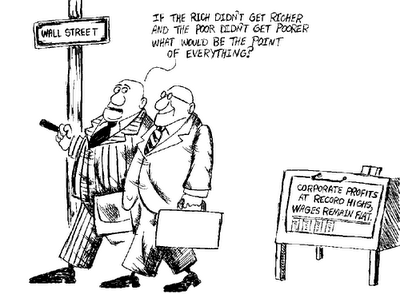 But what we see coming is a jobless recovery. Where money will continue to make money, and winter will breed discontent. The stimulus, the stress tests, the bailouts are very very good for management consultants, accountants and other bottom feeders, and it is they, their ilk and their white collars who will jump aboard this heaven-sent gravy train. They will continue to preach the gospel of caution and live high on the hog without reinvesting and creating the jobs which are being whittled away right now. And they will deny, negate and repudiate the simple truth - if Joey Sixpack ain't got a job then there's no one to buy, sell, invest, renovate, consume, create. 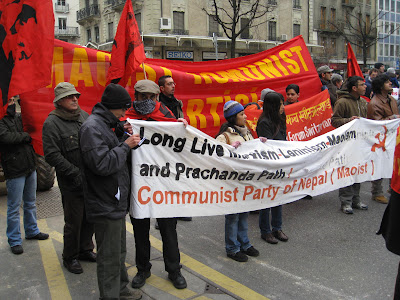 Look around you again. Corporate kidnapping in France. Chinese workers striking, soup kitchens in central Moscow, riots in the Baltics and windows smashed in the City of London.

The plain fact is we don't trust the bread heads any more. We don't believe the nice young men in suits and big shiny chins who shout "RECOVERY" on TV business programmes. What we do believe is the depressing stuff, that joblessness is way up, double digit stuff in many places, and we've all got less of the folding stuff in our pockets.

For many its a case of tightening the belt and going back to the way we lived in the 80s. Jus the two TVs then, and the one car, and the one holiday. Shopping in Lidl rather than Tescos. A bit of a pain in the arse to have to wallow in that gloom and doom again, but no biggie.


But for many millions more it means the loss of the roof over their head, the dissolution of the family, the end of education for the kids, the death of hope. And how long will those millions stay cowed? Can they be fobbed off with a fabled recovery in six months when the rain is pouring down on them right now? And don't forget, in six months - ACHOO!


I'm humming a Kirsty McCall lyric right now, and it goes sumthin like this:

To the bag lady frozen asleep on the church steps
It's not that far
Would you like to see some more?
I can show you if you'd like to

The new Red Cross Red Crescent campaign www.ourworld-yourmove.org says "our world is in a mess". Amen.

Thanks JL, my mate Joe Lowry in Minsk for agreeing to let me run his article. Thanks also to Paul Conneally for his support.