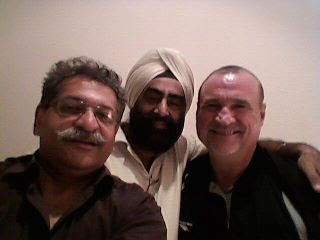 I arrived in New Delhi late last Tuesday and no sooner had I arrived in the hotel, Anuj (l) and Arun (centre) came to my room with a large bag of kebabs and onions, and a good supply of cold beer. That's friendship. Both are booksellers and publishers. 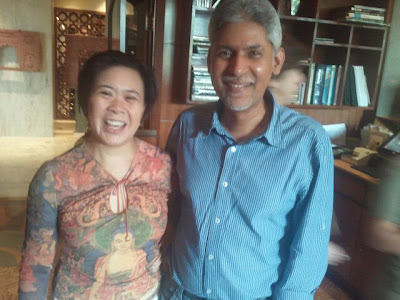 Wednesday morning I had breakfast with Jagan Chapagain (right) who is Director of Asia and Pacific for the IFRC. Over breakfast Veronica Pedrosa (ex CNN and now Al Jazeera) waltzed up to Jagan and I, and there followed a long conversation. She had come to the launch of the IFRC funded World Disasters Report. Photo: Bob McKerrow 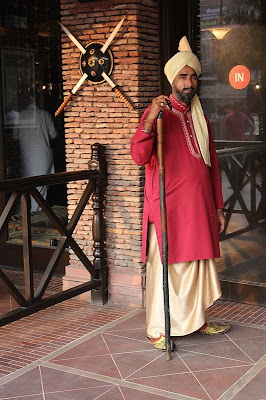 Delhi has lots of colourful characters who carry on the city's culture and traditions. Photo: Bob McKerrow 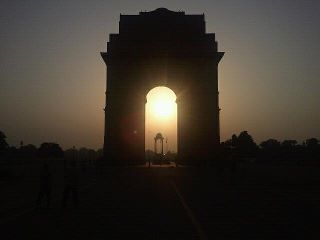 Early on Thursday morning I walked to India Gate to watch the sunrise. Photo: Bob McKerrow 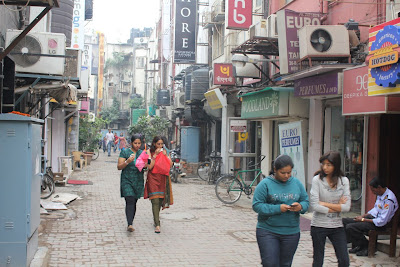 Khan market ( above) and Sarojini Nagar Bazaar where  I did most of my shopping after work.. Photo: Bob McKerrow 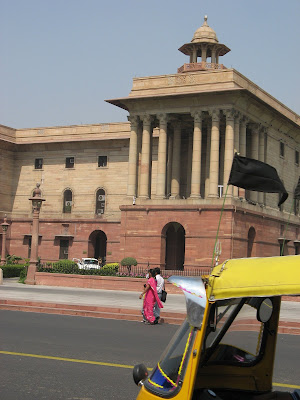 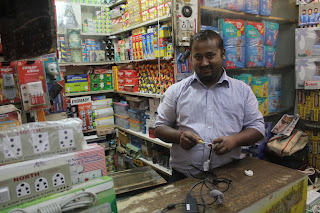 I always go to C Block Market in Vasant Vihar as it was my local market for 6 years when I lived in Delhi. I went to see my friends in Batra Pharmacy, Raj Store and Murli, who used to do a lot of electrical work for me. . Photo: Bob McKerrow 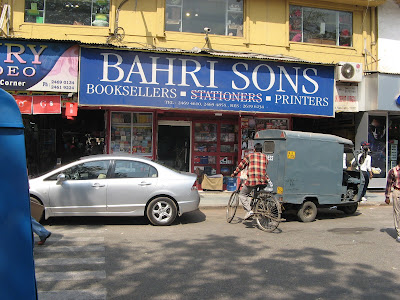 Bahrisons bookstore is special, is the feeling one gets from entering the book store. The bookshop begins in post-partition India - out of the struggle of one man, who - though destined to be a teacher, makes new beginnings in a new country … by opening his small bookstore in New Delhi's Khan Market, India.
Today, fifty years after its inception, the group is headed by Balraj Bahri and Anuj Bahri Malhotra who are assisted by an efficient and professional staff - running the most sought after bookshop in the country. Balraj has given 50 years and Anuj - a long 23 years experience to the Indian Book Industry. It is a privilege to know both and count them as close and valued friends. 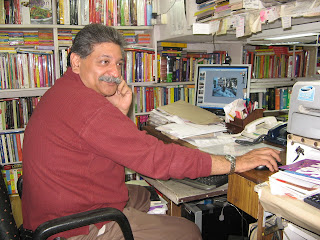 What is it that grabs me about Delhi ? It was my home for six years, and my last son Mahdi was born here. I published two books in Delhi and from here coordinated various Red Cross operation in Afghanistan, Pakistan, Nepal, India, Sri lanka, Bangladesh and the Maldives for six years. Delhi drips with history from Alexander the Great, Timur, Chenghis Khan, Asok, Babur, Akbar and of course, more recently, the British. 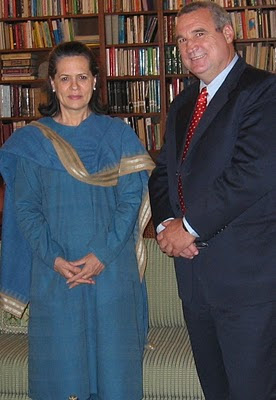 It was here I met Indira Gandhi in 1975, and her daughter-in-law Sonya in 2005, and Priyanka in 2008.. Sonya on the left, and a clean-shaven Bob on the right. Look at her amazing book collection in the background.  Photo: Simon Missiri


Another joy is taking in the contrasting styles of architecture from the old Moghul style to Lutyen;s modern New Delhi. Delhi has lost none of its charm, character, colours and smells. The Commonwealth Games  brought a fantastic metro system, new fly overs, improved roads and superb sporting facilities. 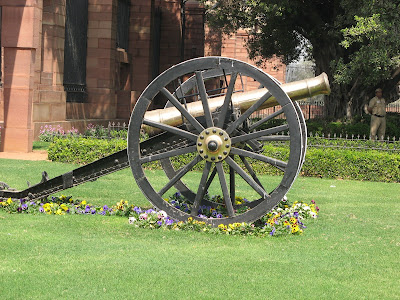 You are really inspirational to me.
It always seems like a bliss for you and being in such a responsible and big task as you are I admire this big time. I fly being in charge of a small community project but my problem is that I do too much and working with volunteers makes it harder to delegate some stuff. Wish I could look behind your screens

Dear Marja, I try to be positive in all I do as I do not like the alternative. I have learnt over the years 3 words, delegate, delegate and delegate.

Gosh, there's a great deal of helpful data in this post!

Your instructors or fellow students cannot learn of your acquisition of research paper writing help to upkeep your research paper for sale online credibility; that’s why we guarantee complete confidentiality in all our dealings with our clients.

Our Professional Medicine Essay Writers work tirelessly to ensure that your Medicine Research Paper Writing is completed within the time frame given to avoid poor scores in your Medical Essay Assignments Writing.