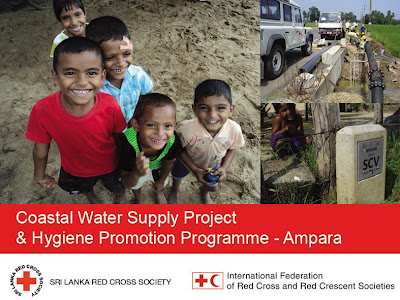 Earlier in August, the Prime Minister of Sri Lanka  planned to come to Ampara to innaugurate the US$ 10 million Red Cross water supply that serves 75,000 people, hospitals, schools and livelihood projects .
Unfortunately the PM was sick and cancelled his visit so as we had to hand over the water supply before end of August, and  it was technically handed over from the Sri Lanka Red Cross and IFRC on Tuesday 30 August 2011 at a small ceremony in Ampara. to the National Water Board. This massive project supervised and funded by the International Federation of Red Cross and Red Crescent Societies (IFRC), in partnership with Sri Lanka Red Cross Society, is the largest water supply project every constructed in the wiorld.
The Water and Sanitation programme has managed to give clean drinking water for over 75,000 families on the Eastern seaboard and was achieved by laying over 253 kms of pipeline. Below are photos and details from the small booklet we handed out at the ceremony. 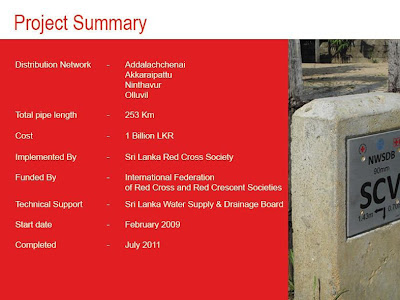 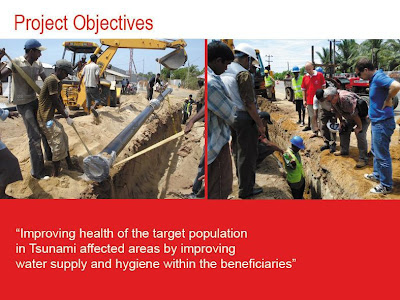 A few weeks ago, we went to the village of Kolavil 3 in Akkaraipattu, which is around 45 kms north of Pottuvil to meet several beneficiaries in order to asses our work. By the time, we arrived at the village there were around 30 women, children and men sitting in front of a Hindu temple also known as a Kovil.
Here we met Sushila, a 33-year-old mother of 2. She was also among the crowd that came to the village meeting that day. She was very much eager to speak to us and tell us how glad that she and her family now have access to clean drinking water.

“There were times that we walked miles and miles to the water post provided by the local authority. With my kid it is very difficult as I am the only one at home in the daytime. Therefore, I have to carry him, go, and come back with another pot of water. Life was difficult then. But after the Red Cross took steps to bring water to our village, I thank God for that” says Sushila 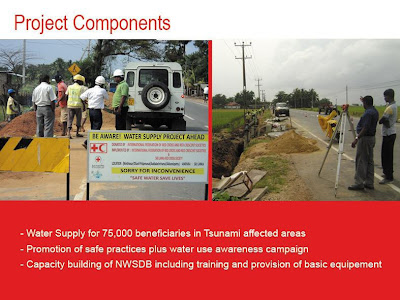 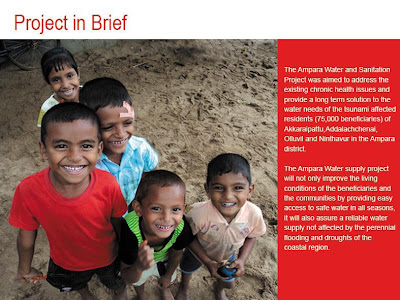 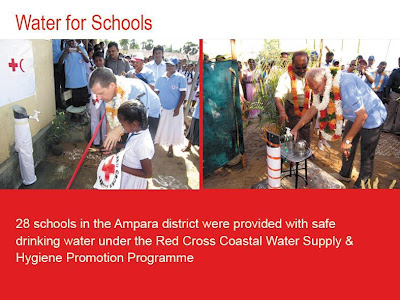 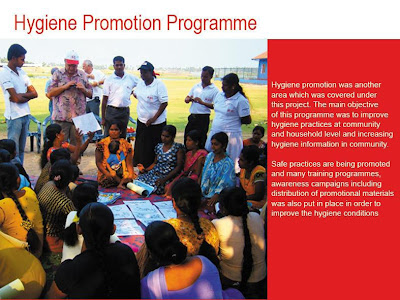 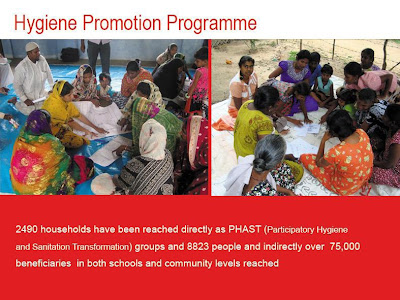 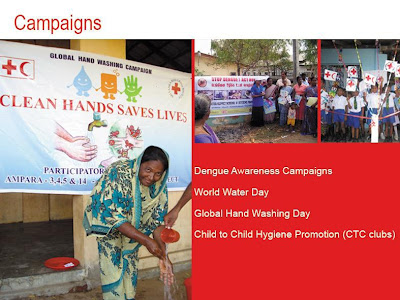 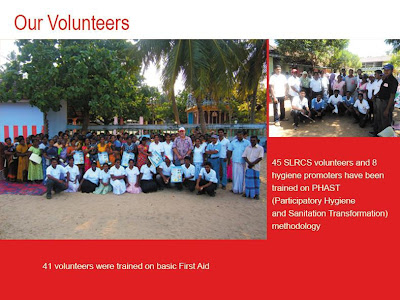 So finally, the largest every water supply funded by the IFRC is completed and handed over to the Government, and it ends our tsunami work in Sri Lanka. Six years, 8 months and one week of heartbreak, hope, joy and completion. It is such a joy to go to schools, hospitals, clinics and villages to see the work the Red Cross has done, and to get such positive feedback, and 9.5 times out of 10, people are highly satisfied with the work we have done. We have stuck to our mantra of 'building back better.'
Posted by Bob McKerrow - Wayfarer at 22:28