Some history on the Transit of Venus 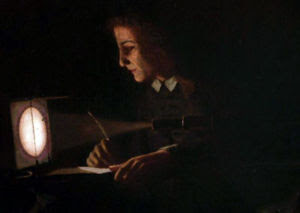 At breakfast the other morning, my son Ablai mentioned that a Transit of Venus is appearing next month. I reminded he and his brother Mahdi that their Great-great-grandfather James McKerrow observed the Transit of Venus in 1885, near Wellington in New Zealand.

There is a really good link on stuff website that explains more.


McKerrow had his own wide ranging interests. He was a competent astronomer and, in December 1882 made the arrangements for the observation of the transit of Venus when New Zealand was visited by American and British scientists.

A number of observers, including five parties from the Survey Department, set up in different places while McKerrow, using a five-inch equatorial telescope of fifty inch focal length, secured a splendid set of observation from Boulcott Street in Wellington.


However, on my James McKerrow blog, I wrote:

In 1882 Jame McKerrow observed the Transit of Venus, and in 1885 he was elected a fellow of the Royal Astromnomical Society, and this was taken from their journal:

Since this was New Zealand's only total solar eclipse a glance at reports from other parts of the country may be of interest.
No one would have blamed Wellington observers for going elsewhere to observe the eclipse but as it turned out they would have done better to have stayed at home. At Wellington the dark shadow of totality was seen rushing toward the city and then came the "beautiful flood of white light which surrounded the moon". Coronal rays extending for from two to three solar diameters were seen, as well as a large red prominence "conspicuous on the right". The weather was described as "most favourable in a southerly gale".
Wellington observers who moved closer to the central line of eclipse, however, did not see as much. Dr Hector (after whom the Dominion Observatory was formerly named), together with Archdeacon Stock (who had predicted the end of the world from the comet of 1883) and Messrs Adams (later Dr Adams, the Dominion's first professional astronomer), McKerrow, Humphries, Travers and Beverley went to Masterton, selecting sites on Rangitumau and Otahiaho hills. They saw the eclipse through a watery sky which dimmed its beauty. Bailey's Beads were seen, as well as coronal rays extending only half a solar diameter from the sun's limb. Mr Humphries got good photographs of the beads, corona and prominences.
Posted by Bob McKerrow - Wayfarer at 20:55

He seldom smiled, as work and Church were his main loves.