A tribute to Derek Round - war correspondent 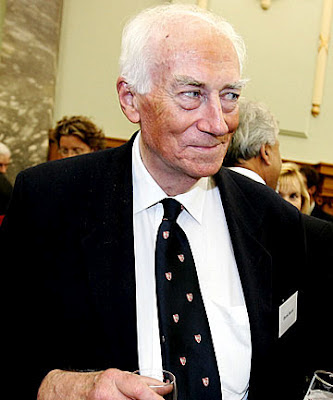 I have spent at least 30 years in conflict and post conflict situations and I would say that Derek Round was one of the best war correspondents I met. Unobtrusive, disarming, and yet he possessed a piercing ability to analyse the heart of a situation, always better than others, and wrote with blunt honesty.

Derek would just turn up unannounced in the middle of a tense situation in central Vietnam in 1973, and if I recall correctly, he popped in to see us again in Pleiku (Vietnam) in 1974 when I was leader of a New Zealand Red Cross Refugee Welfare team. Bullets, tanks, landmines, threats he knew too well, but was never obessed by security which meant he got into seldom visited places.

In 1975 I was in Saigon in the weeks leading up to the fall of Saigon, trying to find how New Zealand Red Cross leader Mac Riding was killed, and Derek was in the thick of it.. I recall many meetings and the ocassional evening in a lively bar, trying to drink beer as 'bargirls' lamented the likely take over of the NVA, and pestered us.

I passed through Singapore on the scores of times in the early 70s and I recall visiting him and I am sure he visited our New Zealand Red Cross team in Bangladesh shortly after the end of the Indo-Pak war.

Derek has a wide and distinguished list of accomplishments in a media career which began in the mid-1950s when he was editor of the Canterbury University student newspaper Canta.

In the 1960s he became the bureau chief in Singapore and Hong Kong for international news agency Reuters, and for four years from 1973 he was the Asia correspondent for the New Zealand Press Association (NZPA).

His work in Hong Kong was credited as playing a prominent role in presenting Asia to New Zealanders at a time when New Zealand was developing stronger links to the region.


His cousin Martin Round claimed the journalist also served as a spy for the SIS after he was contacted by the Soviet Union.

"The Russians paid him Stg30 a fortnight, which Derek gave to SIS, and SIS paid Derek either Stg20 or Stg25 a fortnight," Martin Round told 3 News. 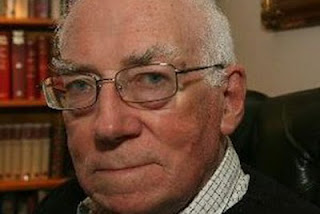 Mr Round was the first New Zealand reporter accredited to Beijing, something he gained while accompanying then Prime Minister Robert Muldoon on the inaugural New Zealand prime ministerial visit to China.

He wrote several biographies, was a former chairman and trustee of the New Zealand Portrait Gallery, and had several roles in Wairarapa community organisations.

A Canterbury University law graduate, he turned to journalism after working as a legal intern on the infamous Parker-Hulme murder trial in 1954, when he was 19-years-old.

In summary, the bood starts with Kenelm Digby and Mutal Fielder meeting on a P and O liner returning to the Far East from England on the eve of the Second World War. As a 21-year-old undergraduate, Kenelm had made headlines when he took part in the notorious 1933 'King and Country' debate at the Oxford Union. Now he was returning to Kuching as legal adviser to Sir Vyner Brooke, last of the legendary White Rajahs of Sarawak. Mutal, who had trained as a ballet dancer in London and Paris, was on her way back to Hong Kong where she and her parents enjoyed a life of privilege and comfort, waited on by Chinese servants in their home on The Peak, then the exclusive preserve of the upper ranks of the British expatriate community. The young couple's shipboard romance led to their engagement in Singapore, celebrated with champagne at Raffles Hotel. But their idyllic world soon came crashing around them when the Japanese invaded Hong Kong and Sarawak at Christmas 1941. Kenelm spent the next three and a half years interned in Kuching. Mutal, with her parents, spent the war in the humiliating and squalid conditions at Stanley Internment Camp, separated from her fiancé by barbed wire and the South China Sea. Constantly hungry and often sick, she watched friends die, carried to lonely graves in makeshift coffins. But her courage and resourcefulness helped her to obtain desperately needed food for herself and her ailing parents. She survived to be reunited with Kenelm after the war and the couple eventually made their home in New Zealand. Derek Round spent much of his 20 year career as a foreign correspondent in Hong Kong where he was bureau chief of Reuters news agency and later Asia correspondent of the New Zealand Press Association. He and his family lived in Stonycroft, the old colonial mansion on The Peak which had once been the home of Mutal Digby and her parents. Earlier, as Reuters bureau chief in Singapore he also covered Sarawak and was a correspondent in Vietnam during the war. He was later NZPA's political editor and Fleet Street-based chief European correspondent before returning to Wellington as Editor of NZPA. He lives in Christchurch where he began his career in journalism on the Star-Sun.

I was devastated to learn that one of our greatest foreign correspondents was killed in his own home in New Zealand, such a despicable act of cowardice.

An autopsy shows journalist Derek Round was killed in a "horrific attack" in the living room of his Whanganui home, police say.


Detective Senior Sergeant Dave Kirby of Whanganui CIB said he had received results from an autopsy carried out today.

"Although I can't go into details at this stage the results would indicate a horrific attack on Derek, which took place in the living room of his home."

Round was found dead in his Campbell St home on Thursday morning.

Police were searching for clues to provide some insight into the events that unfolded before the 77-year-old's death.

"We have made pleasing progress today, but this is one of those cases which the public will help us solve,'' Kirby said.

"I really need know more about the movements of Derek's car which we know left his property in Campbell Street sometime after 7pm on Wednesday. It is a 1996 blue Jaguar XJ6 - a quite distinctive car.''


Interviews with Round's neighbours, a scene examination at his house, and a forensic examination of his car would continue tomorrow.


The police were also focusing on a few items of clothing, which they believed were linked to the crime scene.

Parks, reserves and bush areas would be searched by police tomorrow.


Kirby asked residents to check their front yards and bushes for the missing clothes, which included a red long-sleeved jersey or sweatshirt, a black leather sleeveless vest, dark coloured stonewashed jeans, dark fingerless gloves, and a pair of dark coloured sports shoes with light markings around the soles and coloured laces

The clothing has the hallmarks of gang attire.

Police, however, declined to say whether the clothing led them to consider a gang connection in their hunt for suspects, saying it would be speculating.

A team of 40 police were working on the investigation, which also involved canvassing both sides of the Whanganui River.

"This is a meticulous process involving a team of detectives piecing together what Derek was doing before he was violently attacked. As part of this we are talking to a range of people who had contact with him."

Kirby said some people have come forward with information.

Thanks to  Fairfax NZ News for permission to use part of their story.

Email ThisBlogThis!Share to TwitterShare to FacebookShare to Pinterest
Labels: a Soviet spy, Barbed Wire between Us, Death of Derek Round, Derek Round and New Zealand Red Cross, Derek Round Vietnam, Derek Round war correspondent, Mandy Rice-Davis

Hey Bob, hope all is well, always good to pop into your blog, you can be relied on to put something to think about on here!

Are we our brothers keeper? Derek Round was it seems, Cain wasn't. Most of us do our best, but could do better.