The 1965 ‘Freedom Walk’ revolution on the Milford Track.

It seems that revolutions were not that uncommon in 1965. There was the Dominican Republic uprising and the Indonesian revolution and counter revolution. Then there was the less contentious ‘Freedom Walk’ on the Milford Track. It was that sort of action packed year. It was reasoned by some in the New Zealand outdoors fraternity that, because the Milford Track was in Fiordland National Park, there should be no restriction on access. Walking the Milford Track up until that time meant that you had to be part of a Tourism Hotel Corporation guided trip.
So, a hardy group of Otago Tramping Club members staged a two pronged assault on the track in April (Easter) 1965 to force the authorities of the day to review the status of access to the Milford Track.


I was part of that group. I was 16 years of age and my good friend Ian Varcoe told me about the Government monopoly on the Milford Track, and asked me to join the ‘Freedom Walk’ being organised for Easter 1965. I did my research and was lucky that my Great Grandfather, James McKerrow, was one of the early explorer surveyors who surveyed many parts of Otago and Fiordland and we had some books in our library and I was able to learn of this amazing walk. 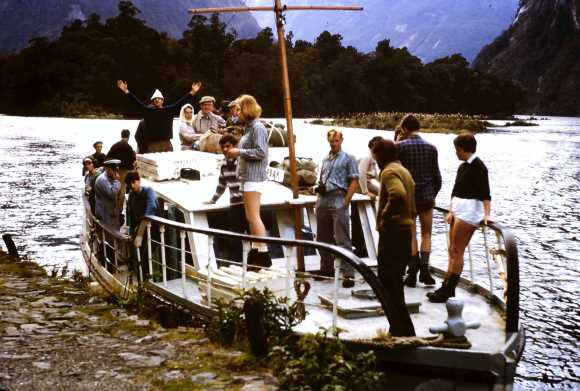 The plan was for some of the group to ascend Hutt Creek and Glade Pass from the Eglinton Valley. They would then drop in at the head of Lake Te Anau, behind Glade House, and walk through to Milford. The other party went to Milford, planning to do some climbing after walking through to Mackinnon Pass.
Robyn Armstrong (nee Norton) was one of the revolutionaries who came over Glade Pass:


“The phrase ‘Freedom Walk’ was adopted because it was the same time as Martin Luther King was doing his ‘Freedom Marches’ throughout America. It’s a loose connection but it was a well broadcast phrase and the name stuck!”

John Armstrong and his team had come in from the Milford end of the track, but the foul weather put a dampener on any ideas of getting much further up the track:


“The Fiordland rain had the last laugh. We spent a couple of days trapped just three or four hours walk up the track and, in the end, we had to turn around at The Boatshed and go back out to Milford with our colleagues, but we had made our point!” 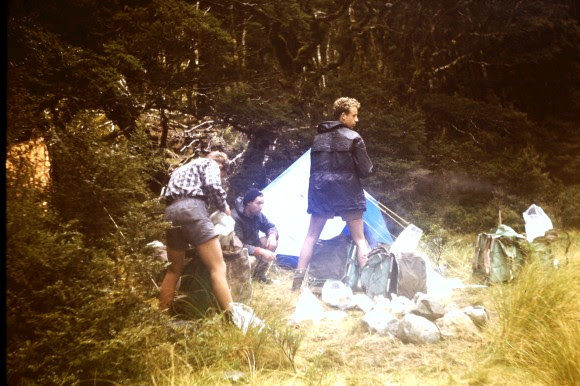 Otago Tramping Club members camping in the Clinton Valley in 1965

Soon after the Otago Tramping Club trip, the infrastructure of alternative huts on the Milford was put in place and those are the facilities that we all enjoy today – Clinton, Mintaro and Dumpling Huts.
Of course the guided walks are still very much a part of the scene but, since 1966, there has been the freedom to choose how you will engage with the track.
Robyn and John were recently on the 125th anniversary walk of the Milford Track. Their pioneering efforts on the Milford Track have opened the way for many thousands of people to enjoy the Milford Track as Freedom Walkers. Viva la Revolution!

Thanks to DoC for permission to use excerpts from and article written by Herb Christophers.