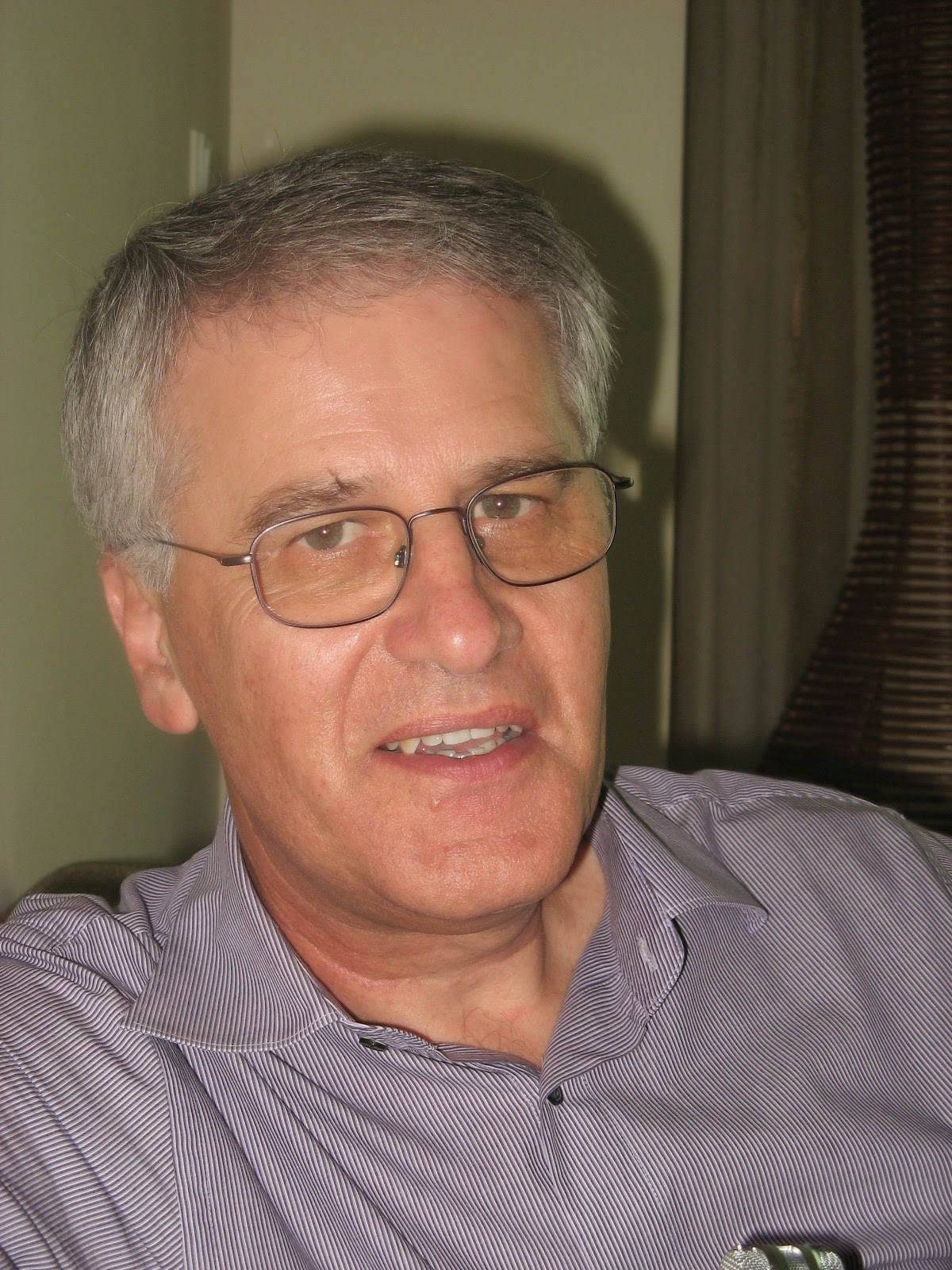 The Indian Ocean Tsunami was the world’s greatest natural disaster. Ten years have since passed. But, for tens of thousands, the pain lives on.
The number of people killed that fateful morning of 26 December 2004 was…is…staggering. In total, the tsunami took 286,000 lives in 14 countries, including 221,000 killed or missing in Aceh alone. It also stole the lives of a further 2,307 people from another 46 countries, the greatest toll from Europe.
I well remember the devastation because I played a key role in helping two affected nations recover. The first was Indonesia where I was the International Federation of the Red Cross head of delegation to help rebuild tsunami central—Aceh. After that, I moved to Sri Lanka, again as the country’s IFRC delegate, to help it continue its tsunami building program and extend this into a major housing initiative for the long suffering Tamil victims of Sri Lanka’s viscous civil war with the Tamil Tigers.
So I know the enormous demands that a disaster like the 2004 tsunami imposes, demands I am reminded of by my friend and colleague Bill Nicol who helped lead Aceh’s tsunami recovery as senior advisor to the Indonesian Government and then wrote the definitive analysis of this in Tsunami Chronicles: Adventures in Disaster Management. 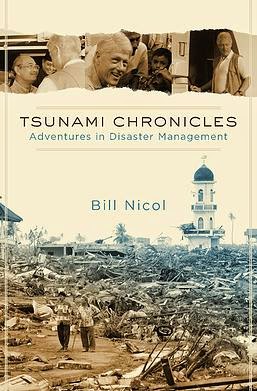 I have mentioned and praised this book before. It is more than marvellous. It is, or should be, required reading for everyone called on to lead or work in any disaster recovery operation. Why? Because it is the first book to strip bare the political nastiness that can rip any humanitarian program apart at the seams just as it explains the positive aspects of the superlative leadership in Aceh’s recovery that made it a standout example of how to do it right.
In this regard, Bill’s six books have made one of the most important contributions to the subject of disaster recovery and humanitarian leadership ever written. They are the work of a sharp professional mind that saw and could dissect how everything really worked, not the way all those dreary lessons-learned writers pretend it does when they pull out their paint brushes to whitewash events.
I worked closely with Bill throughout the Aceh recovery program. He impressed me no end with his acumen, insights, dedication, commitment, strength, energy and integrity. I very much doubt the Aceh recovery program would ever have been the success it was without his guiding hand weaving its brilliant managerial magic in the background. Bill designed and managed critical aspects of the Aceh program, linked people like me and the IFRC with the Indonesian Government to maximise our contributions and kept a steady hand on the entire tsunami operations to keep them on course and prevent the many nefarious elements from bringing it unstuck.
Bill deserves a medal for his contribution to Aceh’s recovery but, unlike me, has never received one, nor even a simple word of thanks except from a few individuals like myself. The New Zealand Government gave me a medal for my contribution to tsunami operations in Indonesia, as it did for my earlier humanitarian work in Vietnam. The Australian Government has never seen fit to so honour Bill, indeed did the reverse by actively undermining him in Indonesia, a country that likewise has never recognised or thanked Bill for his contribution, and, like Australia, should hang its head in shame for this failure.
But none of this has ever dented Bill’s enthusiasm for his work. Nor has it daunted him from doing further work in advancing the cause of global excellence in humanitarian leadership. To this end, Bill has just completed three more books on the subject—Crisis Leadership: Dealing with Disasters from Asia to Africa and America, Building Back from Disaster: A Handbook for Leaders and Tsunami: A Poet’s Journey. 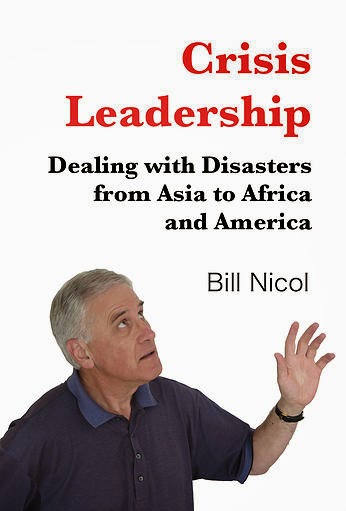 This trilogy is a brilliant addition to the literature on crisis leadership and disaster management. I don’t know where Bill gets the time or energy to continue writing such magnificent works. His enthusiasm for his subjects is infectious.

Crisis Leadership is, once again, a work of refreshing directness and disarming candour. It’s another classic prose with a whacking big punch. Here again Bill strips bare the whole nature of crisis leadership to reveal how it works and where and why it fails, as it does all too often. While he includes a snapshot of Aceh and updates on progress since, he goes much further in Crisis Leadership by taking a far more global view of successful and failed crisis leadership. More on this shortly. 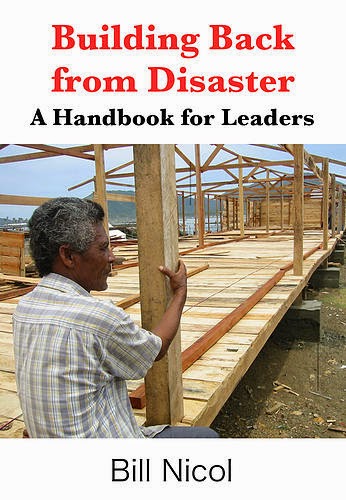 As for Building Back from Disaster: A Handbook for Leaders, this is just what disaster leaders like myself have been waiting decades for—a short, practical toolkit that gets to the nub of disaster leadership in a way that actually makes sense for once and, of special importance, adds the political flavour missing from just about every other similar text. Combine this with Tsunami Chronicles and Crisis Leadership as a disaster leader and you have one of the great collections of intellectual and philosophical guidance on the subject; and, what’s more, it’s practical—and, above all, born from experience, it works.
The last of Bill’s contributions is different. It’s also the shortest of the three books. Indeed, it’s very short.

Tsunami: A Poet’s Journey is, as its sub-title suggests, a poem, just one, albeit written in ten sections. Bill wrote this little epic as his creative energies began to return soon after writing Tsunami Chronicles. It is charged with raw emotion, so conveys the feeling so often missing in more general prose accounts. It is also, in a way, a rather brilliant summary of what he had already written in Chronicles. So, for anyone who wants a quick, visceral dip into the dirty political pool of disasters, this is for you.
Bill and I often communicate. We talked at length when he stayed with me in the Philippines where I am at present leading the Swiss Red Cross response to Typhoon Haiyan. While he was here, Bill also generously provided some excellent pro bono coaching for my team. So I know a little of how Bill thinks and what has motivated him in writing his latest books, Crisis Leadership in particular. 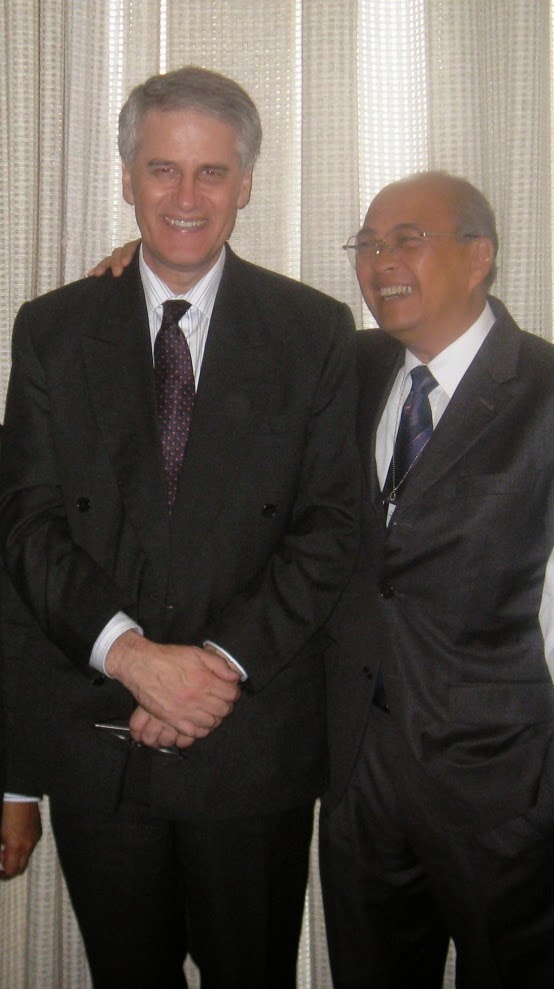 It began as a summary about and update on developments in disaster management since the 2004 tsunami. But it rapidly grew into a more general appreciation of crisis leadership as Bill drew on his many other experiences and tapped his wider interests. The book is, as such, a summary of how we rebuilt Aceh (in some respects, a light version of Tsunami Chronicles), an update of his observations since (in a journey that has taken him from Southeast to North Asia and across the United States) and an insightful review of some of the most iconic events in crisis leadership (from Rudi Guiliani’s response to the 9/11 terrorist attack on New York to the US response by President Barak Obama to the most recent outbreak of Ebola in West Africa).
Few who deserve it escape Bill’s insightful scalpel. He holds the World Bank to account for its leadership failures in Aceh, the World Health Organisation for its failure in responding to Ebola and even the Red Cross movement for our own failures of leadership. But Bill is not just critical of such institutions. He is also patiently professional in dissecting the reasons for their failings. His chapter on the genocide in Darfur is a classic. It shows how the United Nations failed to prevent that particular bloodbath in a clever analysis that interweaves Bill’s personal experience examining the tragedy of East Timor when thousands perished in a woefully mismanaged European decolonisation process that led to civil war, Indonesian occupation and needless slaughter by militias before Timor Leste gained independence. 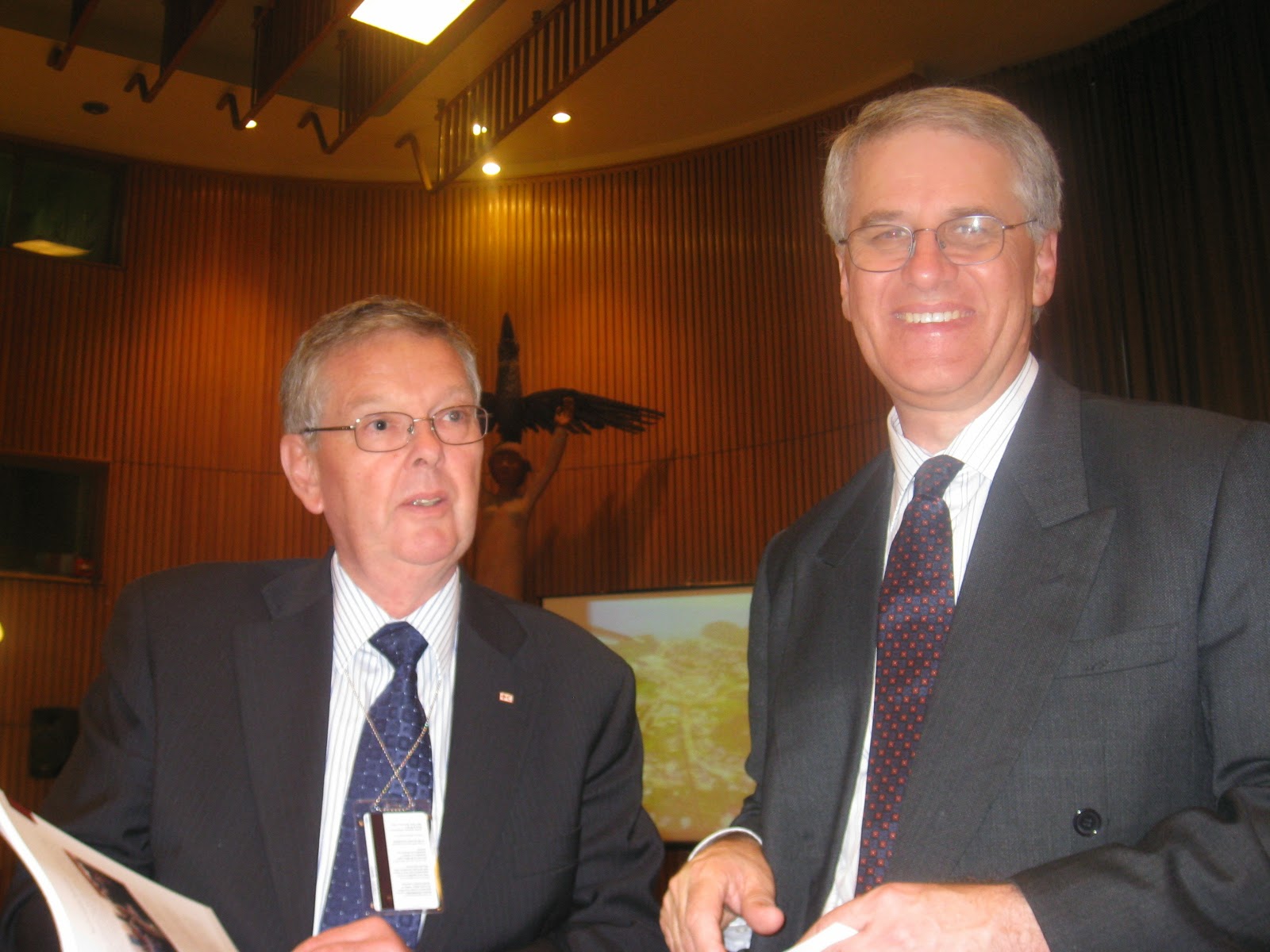 Bill Nicol has worked with many exceptionally talented leaders from Bill Clinton to people like Jerry Talbot (left) who was one of the best leaders the Red Cross ever had. Photo: Bob McKerrow

Each of Bill’s books is a brilliant work in and of itself—Tsunami Chronicles the benchmark study of international disaster recovery, Tsunami: A Poet’s Perspective the visceral voice of a great humanitarian, Crisis Leadership the timely update for the tsunami’s 10th anniversary that hits the mark in its topicality with Ebola and other crisis, even ending with the recent terrorist attack on the Canadian Parliament, Building Back from Disaster the toolkit experienced disaster practitioners like myself have been yearning for. When combined and read together, however, I am in awe at the depth and completeness of Bill’s sweeping grasp of this most important area of human endeavour as I am with his ability to write in a style that is no less gripping than it is informative.
Everyone involved or with an interest in crisis leadership, disaster management and humanitarian action owes it to themselves to read this stunning collection. You can buy the ebooks and print versions from the global distributors as both e- and print books or simply go to Bill’s website at www.nicolnotes.com for the links. I urge you to do so.

Email ThisBlogThis!Share to TwitterShare to FacebookShare to Pinterest
Labels: Bill Nicol writer, Building Back from Disasters, Crisis Leadership Dealing with Disasters from Asia to Africa and America, disasters, Tsunami Chronicles