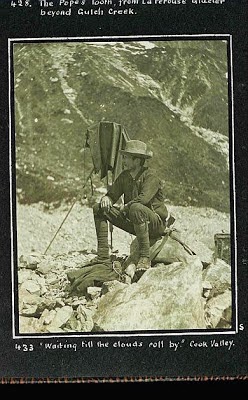 New Zealand has lost one of her noted mountaineers through the death of Dr. Ebenezer Teichelmann, F.R.C.S., M.R.C.S. (Eng.), L.R.C.P. (Ireland). Associate of Mason's Science College (Birmingham). He died at Hokitika yesterday.

Dr. Teichelmann was surgeon superintendent of the Westland Hospital for about twenty years, but retired eighteen years ago. He was widely known in New Zealand because of his mountaineering work and was in Wellington for the last annual dinner of the New Zealand Alpine Club.


Dr. Teichelmann was born in South Australia in 1859. He was educated at Hahndorf College, at Adelaide University, and at Queen's and Mason's Colleges, Birmingham, England. He also studied at St Bartholomew's Hospital, London, and at hospitals in Dublin. Ireland. For a time he acted as demonstrator of physiology at Mason's College, was assistant physician and resident pathologist at the General Hospital, Birmingham, assistant surgeon at the Jaffray Suburban Hospital, resident medical officer of the Birmingham Workhouse, and later spent two years in private practice in England. Upon returning to Australia he was health' officer at Port Adelaide for two years. He came to New Zealand in 1897 to accept the position of superintendent of the Westland Hospital.

At the outbreak of war in 1914 Dr. Teichelmann, although he had difficulty in obtaining a position with the Forces because of his German ancestry on his father's side, secured a commission in the New Zealand Medical Corps with the rank of captain. He served overseas from 1914 until 1917, and was one of the survivors of the troopship Marquette which was torpedoed in the Aegean Sea.

Exploring and Climbing.
Many contributions to mountaineering in New Zealand were made by Dr. Teichelmann. He first became interested in climbing through engaging in prospecting for gold up the Kellery River, but as soon as he v commenced mountaineering he followed what was to be his lifelong hobby with enthusiasm. Although he was a small, spare man, he proved a capable climber and was nominated and elected a member of the Alpine Club (London) in 1903.

He came into prominence through carrying out some noted exploration work in the headwaters of the Wanganui, where he climbed a number of peaks. He also did a good deal of exploring at the head of the Cook River, but the pioneering work had been done there before his time. From the time he was elected to the Alpine Club until he went overseas with the New Zealand Expeditionary Forces he made many ascents, several being first ascents, and a monument to the part he played in New Zealand mountaineering will always remain in Mount Teichelmann (10,370 ft) in the Southern Alps, which was named after him.

Dr. Teichelmann also crossed Baker's Saddle from the Hooker Glacier to the Copeland River, and made the' first crossing (in 1904) of Pioneer Pass from the Fox Glacier to the Tasman Glacier. Others of his notable climbing feats included the ascents of Mount Cook, Douglas Peak, Mount Spencer. Mount Green, and La Perouse Call 10,000 ft or over). His principal climbing companions were the Rev. H E. Newton (A.C.) and Mr. Alex Graham (guide).

Dr. Teichelmann was a member of the New Zealand Alpine Club for many years, and was a valued member of the executive. He was president of the club in 1936 and 1937.


Evening Post, Volume CXXVI, Issue 149, 21 December 1938, Page 14
I was so happy to discovery this obituary today  so long after writing his biography.  Here is a to my web site on Dr. Ebenezer Teichelmann. 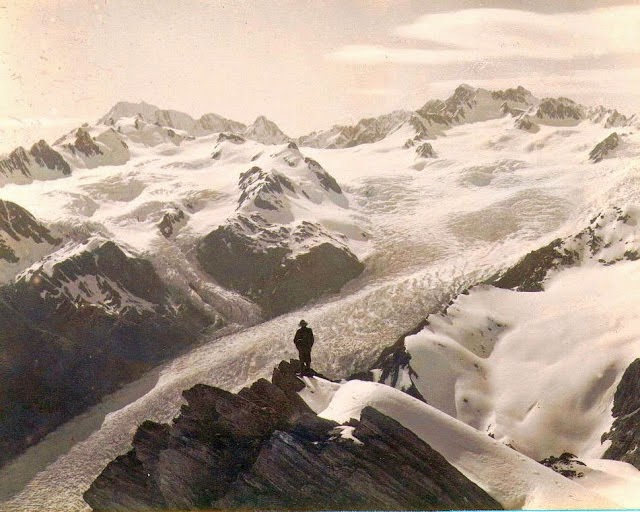 A typical Teichelmann photograph taken from the Fritz Range looking over the Franz Josef Glacier and the main divide with Mt. Elie de Beaumont to the left and The Minerets and de la Beche to the right. What light, composition and texture. Bob McKerrow collection. Christchurch.