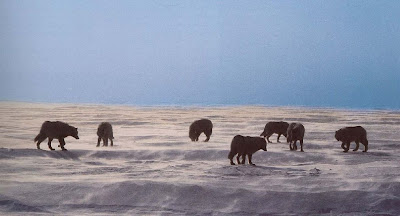 Ellesmere Island is a vast, lonely land whose inhabitants must struggle to make out a living. Wolves are tireless travelers who roam the thousands of square miles of their territory in search of prey. Photo: Jim Brandenburg