One month after the west Sumatra earthquake

It's now four weeks since the earthquake struck. The Red Cross has delivered crucial relief items to over 9,000 families. Medical teams have treated over 5000 people in remote areas. We are now starting building 10,000 temporary shelters. Today I travelled with Red Cross colleagues to monitor the relief distribution so far. Here are a few photographs 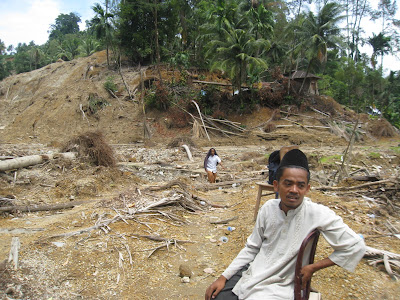 Pak Sudir sits in a chair one month after the earthquake on the site where nine of his family were killed "What can I do, I lost everything. " In the sub village of "Paramancu, Padang Pariaman district, 76 people were killed in this village alone when a huge mudslide engulfed them . Less than a few hundred metres away, two other villages were hit too, killing an additional 149 people. Photo: Bob McKerrow 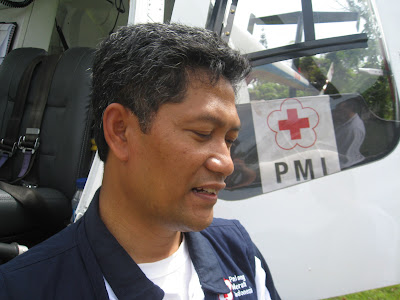 Pak Arifin director of the DM dept at the PMI headquarters whom I travelled with today. Photo: Bob McKerrow 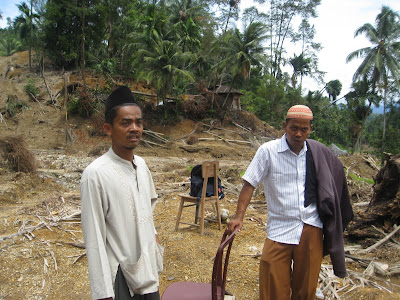 Pak Sudir with his neighbour Ahmad who lost four members of his family. between the two, they lost 13 family members while they were in nearby fields working. Photo: Bob McKerrow 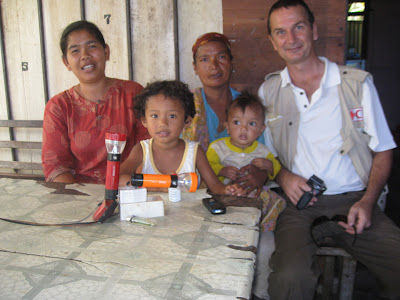 Today we visited the very remote village of Selangan Tinqqi and had a good talk to the villagers about the helicopter distributions of food, tarpaulins, kitchen utensils, clothes, tool kits and hygiene kits we have delivered in the past two weeks. They were also pleased with the mobile medical teams we have sent in. Here Wayne Ulrich our ops manager discusses the situation with villagers. Photo: Bob McKerrow

Bob, great photos and story thanks. The scale of what has been done and what has to be done makes my mind boggle, and also the losses of loved ones similarly challenges me in regards to scale.

Again my encouraging thoughts are with you as I do my little bit to bring all this to the attention of friends etc.

Just got back from Pariaman where 50,000 people are living in tents. Great to see the children smiling in their tent schools. Our food, tents, family kits, clothes, health teams are getting out to all remote corners. Irrigation is the biggest problems as they need water for the rice crop to survive.