I simply love watching Olympic and Commonwealth Games and so many good memories flood back of huddled round an old Ultimate radio listening in 1956 to Norman Reed winning a Gold Medal in the Olympics in Melbourne. Then later, hearing Peter Snell and Murray Halberg win their golds in 1960 in Rome, and Barry Magee’s bronze in the marathon. In 1964 I recall vividly hearing Snell get his gold double and John Davies coming in third in the 1500 metres. 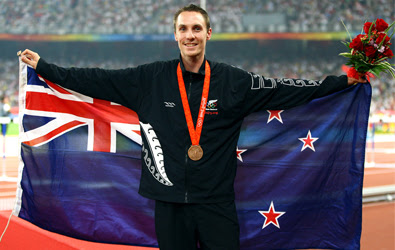 Then TV came along and we could watch the NZ rowing eights win a gold in 1972 and John Walker winning the 1500 m Gold in the Montreal Olympics.

Having lived in India for approx 16 years and especially in New Delhi from 2000 to late 2006, New Delhi has a special place in my heart. In November I am visiting frinds there. I know India will turn on a super games, and yes, it will be pandimonium up until the last minute and paint will still br drying as the first medal is presented. But hey, this is India and this is why it will be a memorable games. 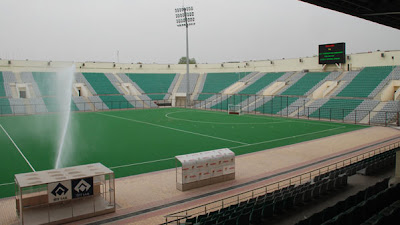 But I have been so embarrassed with the antics of my fellow New Zealanders, generally a tough and resilient people who recently survived a major earthquake in Christchurch with such courage, but to those, especially the media and some athletes who have pulled out or believe the are competing in a den of Al Qaida terrorists, I say the Games would be better off without you.

A New Zealand television reporter was seen smearing mud on a wall last week at the athletes' village in a bid to spice up the images for a report on the grimy conditions.

The Australian journalist who sensationally claimed to have walked a bomb into Jawaharal Nehru Stadium was exposed by the ABC Media Watch programme as a fake.

And then there was the ITN reporter who fabricated a bomb scare so his boss would shift him to a hotel closer to his mates. Where are the ethics of the journalists. 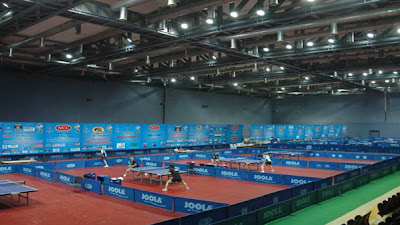 For those athletes who have pulled out because of security, a shame on you. My second son was born in Delhi in 2003, and I would travel anywhere in India in public transport with my children and felt perfectly safe. Ironically, New Delhi is safer than Auckland, Wellington or my dear Christchurch. India armed  and security forces are among the best in the world so I have no fear of security events, despite threats.

Then there is the Michael Hooper saga, another New Zealander. We have protesters yelling "Leave Michael Hooper, go back, go back!" This week Hooper, head of the Commonwealth Games Federation,was branded a racist.

Reports in India quoted Hooper as having said Delhi's "population hazard" hampered the organisation of the Games.  He also made headlines for his lavish lifestyle, with a stipend and servants paid for by the Indian taxpayer through the Games Organising Committee.

Delhi has been in a race against time to be ready for the opening ceremony on Sunday, with venues and the athletes' village barely operational. But for those of us who have lived in New Delhi, and other parts of India for long periods of time, the last minute rush to finish things is an ingrained part of the Indian culture.

The official mascot, Shera, a cartoon tiger is described as "a fierce competitor but with integrity and honesty". Shera is also a `large-hearted gentleman' who loves making friends and enthusing people to `come out and play'.

As Toby Robson said in his article in the Dominion today,” Let's hope the athletes display the better qualities of human nature when the sports finally start in two days.”

India, New Delhi, I know you will pull off a world class spectacle.Shame on you who believed it would't.

Well said Bob McKerrow - very well said indeed.
Can we count on you campaigning and supporting moves after the games to expose corrupt and two-faced officials like Michael Hooper, who incidentally in a televised interview about a week back was frantically trying to cover his ass and convince people that he is in no way responsible and accountable for the chaos leading up to CWG 2010. Could you also publicize the name of the NZ reporter who was smearing mud on a wall to report about the 'grime' in the CWG village.

Yes, Michael Hooper and others who are suspected of corruption, should be tried. I will try to get the name of the NZ reporter. Good luck with the Games for I know the indomitable spirit of friendly, law-abiding Indian, will prevail.

There seems to be a very malicous campaign by the media for whatever reasons to pre-empt the games in some manner or the other...there have been slip ups no doubt..but this happens everywhere
We as Indians are confident that the concerned authorities will put up a good show and thats what matters
If you look at the stadii prepared for the Games-they are a matter of pride for the country.
I think there is a need to curb the overstepping of the media in all spheres, all over the world
Thanks a lot, Bob for your candid views-much appreciated.

I think every Indian should be proud of the facilities produced for the Games and yes, I agree there has been a malicious campaign by the international media to undermone matters. It was a pleasure to see China come out and support and applaud India's efforts.

I am confident New Delhi will put up a splendid show for the Commonwealth Games.The city is shining and its people have opened their hearts and doors to the sport persons and attending delegates participating in the Games.
Every Indian is proud of the acheivemnts inspite of obstacles and preobelms all along.
JAI HIND!

Good on ya Rajni, Jai Hind ! Delhi will deliver but it's sad that you had fight a lot of unjust criticism. OK, some was warranted, but the mud or dirt on the walls during construction is common world-wide.

Kia ora Bob,
Not of us Kiwis have been sucked in by this charade put up. We fully understand the racist undertones happening here. In spite of our own billions of dollars leaky home rip off scandal, or bailing out wayward investors, the government of the day wants to point fingers at 'easier" targets. It is shameful, and may the Games proceed and be on! I love the track and field most of all.
Cheers,
Robb

Hear hear, Bob! I've been utterly disillusioned by the attitudes promulgated by our media. One of the few bright moments was seeing cyclist Haydn Rolston interviewed and hearing him present what I thought was a typical kiwi attitude — sure, some things might not be five star luxury but that certainly wasn't going to bother him; he was both familiar with and happy to accept conditions that more pampered "athletes" might baulk at.

I spent only five months in India, but I'd go back there without hesitation (actually, it's my intention to do so when circumstances permit). Sure it's not perfect — but where is? — and the good things, particularly some wonderful people, more than compensate. The narrow-minded stereotyping and sensationalism I'm hearing from some of our media and others disappoints and angers me — and it takes a lot to make me angry.

Dear Robb, I was hoping that not all Kiwis have been sucked in by some racist and inaccurate reporting. Yes, I love the trach and field too, especially the longer distances.

Kia Ora Pete, First Robb, and now you coming out in support of India. I know you have travelled a lot in India and understand it hospitable and colourful culture. Good that Hayden Rolston gave an accurate report from the Games as from reports I have read, the facilities/venues are top class. Let the athletes and their performance speak for the Games.

Well said Bob. I have been utterly infuriated by the hysterical schoolgirl arm waving attitude of the New Zealand media before they had even set foot in Delhi. I have to say that Dave Currie has not helped matters with a string of complaints even down to whinging about not having consistent wireless internet ....give me strength! At least kiwi journalists like Toby Robson (Mike Robson’s son) and Greg Ford are embracing Delhi’s energy and colour, and chastising the bleating athletes, the handwringing officials and the journalists interviewing their typewriters from the safety of Auckland newsrooms. Delhi’s games will be brilliant. There will be frustrations and glitches, but also a colourful, unique and vibrant experience that only India can produce. Cheers..JT

Wonderful to have contact again. Your words, " I have been utterly infuriated by the hysterical schoolgirl arm waving attitude of the New Zealand media before they had even set foot in Delhi" rang so true for me. Yes, Toby Robson is putting out some solid and accurate releases.

I am delighted to hear from you, as one who has lived long in India, that you believe the Games will be a colourful, unique and vibrant experience.

I have to confess maybe I was a little suckered in by the NZ/western(?) media's portrayal of the games as a disaster waiting to happen.

I'm sure a lot of people who weren't paying close attention would have been, as the controversy seemed to be being encouraged by NZ officials.

In retrospect this may prove to be quite a cringe worthy race issue exposing a bi-cultural New Zealands lack of understanding and respect for India.

As Paul Henry showed this morning even a born and bred New Zealand Indian who has served his country to the extent of being appointed Governor General somehow isn't "kiwi" in some peoples books.

Hope all is well.

Jamie. we have to become totally bi-cultural, before we can claim to be multi cultural. Until we all make attempts to speak our two languages, we will continue to have racist slurs coming out of our sub-conscience

Everyone loves it when individuals come together and share opinions.

Great blog, keep it up!

Fantastic blog you have here but I was curious about if you knew of any message boards that cover the same topics discussed here?

I'd really like to be a part of online community where I can get advice from other knowledgeable individuals that share the same interest. If you have any suggestions, please let me know. Thank you!

Have a look at my blog: http://www.youtube.com/watch?v=bgiah_Vrclg