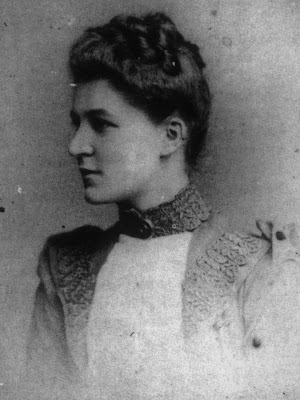 Ebenezer Teichelmann was the subject of my last book and I devote considerable space to the tender relationship he had with his wife Mary, both pictured above.
Ebenezer Teichelmann Pioneer New Zealand mountaineer, photographer, surgeon and conservationist.
Cutting Across Continents
by Bob McKerrow
The 274 page book is richly illustrated with 106 photographs, 4 maps list of ascents, glossary of terms and a comprehensive index, has a Foreword by Sir Edmund Hillary. Published by Tara Press New Delhi, India and available from http://www.indiaresearhcpress/
and distributed in New Zealand by Craig Potton Publishing.
Born in South Australia in 1859 to German and Scottish parents, Teichelmann trained as a doctor and surgeon in Australia, England, Ireland, (1880-90) and later updated his surgery skills in England, Germany and Austria. (1912). He emigrated to New Zealand in 1987.
Author Bob McKerrow describes his struggle to piece together the life of Ebenezer Teichelmann:“At times I struggled to find what made this remarkable man tick, but the more I talked to people who knew him, I slowly brought together his many faces; Doctor, surgeon, public health promoter, mountaineer, explorer, photographer, conservationist, world traveler, philanthropist, philosopher, humanitarian, gardener, soldier, promoter of free-public libraries and tourism, tennis player, swimming, golf and cricket club president, newspaper director, Trustee Savings Bank pioneer, admirer of abattoirs, harbour board chairman, and a rationalist by faith. A canvas as wide as the world.”
Friend of……..Friend of ferrymen, gold-miners, publicans, prostitutes, farmers, explorers, speculators, rock-solid working women, fishermen, sailors, shepherds, saw-millers, tunnelers, blacksmiths and shop-keepers who lived on the edge of life, at the end of the world. Teichelmann lived on the periphery of the mountains and he felt their pulse and moods in his daily work, travels and life. The watery arteries of the snow, ice and mountains often blocked his passage as he tried to reach patients needing urgent medical treatment. He fell in love with their shape, light and curves and sensitively captured their moods on his large plate camera. There was a sense of intimacy in his photographs and writing, and when he was moved by the beauty around him, would often quote from Longfellow, Stevenson or other romantic poets. He was in love with Mary, a beautiful and unconventional women.
Posted by Bob McKerrow - Wayfarer at 21:24

Email ThisBlogThis!Share to TwitterShare to FacebookShare to Pinterest
Labels: Ebenezer and Mary Teichelmann

ON the basis of the synopses about your books I've ordered them from Amazon. They should make for interesting reading in dusty Niger!