Alexander the Great and Hannibal's mountains 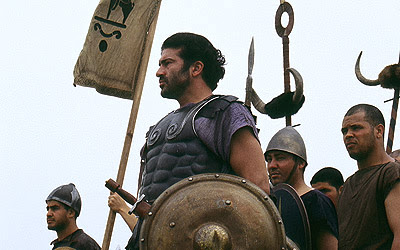 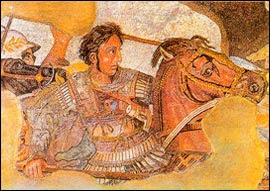 Hannibal (above) and Alexander the Great (left)

The more I research Hannibal and Alexander the Great, the more I see similarities in their enormous self-belief and their use of early or late ill-judged winter crossings of mountain passes, with the enormous loss of life to men and animals. For Alexander, it was the crossing of the Khawak Pass in Afghanistan's Hindu Kush. I repeated Alexanders crossing of the Hindu Kush in 1995 and was astounded that he chose this route in late winter, early spring 328 BC. For Hannibal, he chose a high Pass in the European Alps with 90,000 men, 12,000 horses and 37 elephants in 218 BC.

I will first tell the story of Alexander.
It was now late November and Alexander wisely decided not to cross the Hindu Kush and instead wintered over in another city named after himself, Alexander ad Caucasum, modern day Jebal Seraj, 35 km north of Kabul.. Alexander had the choice of crossing the Hindu Kush by a number of passes. But being a shrewd tactician he speculated that his enemy Bessus would have expected him to come by the easiest pass, so to confound him, he chose the more difficult Khawak Pass.

Alexander waited until the worst of the winter weather had passed but he couldn't wait any longer and set off before the winter snows had melted (Probably late March) His army marched up the Panjcher valley and suffered terribly from cold and severe food shortages. Marching through the sheer-sided Panjcher gorge which marks the entrance of the long valley, there would have been layers of frost as the sun touches the ground for a mere few minutes at this time of year.They climbed up to the Khawak Pass where many soldiers fell by the wayside with snow blindness or exhaustion and were abandoned. The Khawak Pass is 11,640 feet and on a cold windy March day temperatures can drop to - 30oC. Dodge describes it thus: "The ancient historians dismiss this march with a few words; but it has no parallel, except Hannibal's crossing of the Alps, and it is the first undertaking of the kind of which we have any record. Hannibal, from unexpected delays, started too late in the fall; Alexander from overeagerness, started too early in the spring. Both contended with heavy snows, and suffered from their attendant trials."

The snow was still deep, the cold was intense, food was scarce and fuel non-existent. The men, struggling through drifts up to their armpits, suffered terribly from exhaustion, snowblindness and frostbite. Literally in their thousands they were frozen solid to the rocks as they leaned against them. The horses and pack-asses suffered an even higher ration of casualties, but at least their bodies, eaten rawbecause there was no fuel to cook them, provided the troops with food. Alexander lost more men and more animals crossing the Hindu Kush than all his subsequent campaigns in central Asia.


Because it was undertaken in late fall – which is early winter in these high Alps – the Pleiades constellation could be easily viewed at a certain recorded point in the night sky, a journey that would have been daunting even in the summer became all the more dramatic. As Polybius wrote (Hist. 3.53-4):

"After a journey of nine days, Hannibal gained the summit pass. He camped there and stayed for two days to rest the survivors of his army and wait for stragglers...As it was now almost the time for the setting of the Pleiades, snow had already settled on the summit...He noticed that his men were in a state of low morale for all that they had suffered and tried to cheer them up. He depended on the actual view of Italy, which lies so close under these mountains that when they are seen together, the Alps stand to Italy in the same way a citadel does to a city...He restored their spirits by showing them the plain of the Po..."

Unfortunately, the specific name of the pass Hannibal used was never mentioned in any sources or presumably by the informant, who may never have known its Celtic name anyway. Some of the Celts aided Hannibal and his Punic and mercenary army with guides and provisions; others were hostile and some may have tried to lead him into an Alpine trap, from which he escaped by clever resources and brave fortitude at some expense of men, animals and supplies to the surprise of both Celts and Romans.

The Stanford Alpine Archaeology Project has attempted to track Hannibal since 1994, using near contemporary sources like Polybius (History, Book 3, esp. 50-60) in the mid-second c. BCE who claimed his informant’s account was directly compiled from one of Hannibal’s veterans who would have been very young during the march, and Livy (History XXI-XXXIX) who used Polybius and other possible sources nearly two centuries later. I refer herein mainly to Polybius because Livy often appears mostly derivative of Polybius, with more descriptive language but without more ample topography as his is so far after the fact where Polybius seems to have possibly known this landscape. On the other hand, Livy adds some accurate comments about the improbability of some of the often-suggested northern Hannibal routes such as the Grand-St-Bernard pass then known as Poeninus. Because this Poenine alpine region is one with which our Stanford project has spent considerable time, we concur with Livy on this (XXI.38), because as he notes this was Salassi territory, not Taurini. Additionally, this route would have added far too many days to Hannibal's journey being so far northward and requiring Hannibal to travel all the way around Lac Leman (Lake Geneva) likely from Geneva, adding far more than 600 stades distance up the Rhone almost regardless of where his army crossed, possibly with another 900-1000 stades and at least a week more total time in passage, which is negated by Polybius and Livy both agreeing on a nine day journey from the Rhone crossing to the Taurini.
Posted by Bob McKerrow - Wayfarer at 04:52

Email ThisBlogThis!Share to TwitterShare to FacebookShare to Pinterest
Labels: Alexander the Great and Hannibal's mountains

Thank you for this info. We watched the DVD 'Alexander the Great' last night and I was interested to find a link between him and Hannibal. He fought an army of Indians with elephants. I thought perhaps this could have been Hannibal's Army but as you have written Hannibal came 100 years later.
cheers
Robyn

In contrast, the non-organic gardener is more likely to use chemically created fertilizers.
5 will decrease the availability of lead from your soil.
Without fertilizing additives (natural or chemical), plants
will be stunted and unhealthy.