Emergency supplies for tens of thousands of families are on standby by to be sent to storm-ravaged areas of the Philippines as Typhoon Hagupit (or locally known as Typhoon Ruby)  is cutting a swathe of destruction across this disaster-prone country. 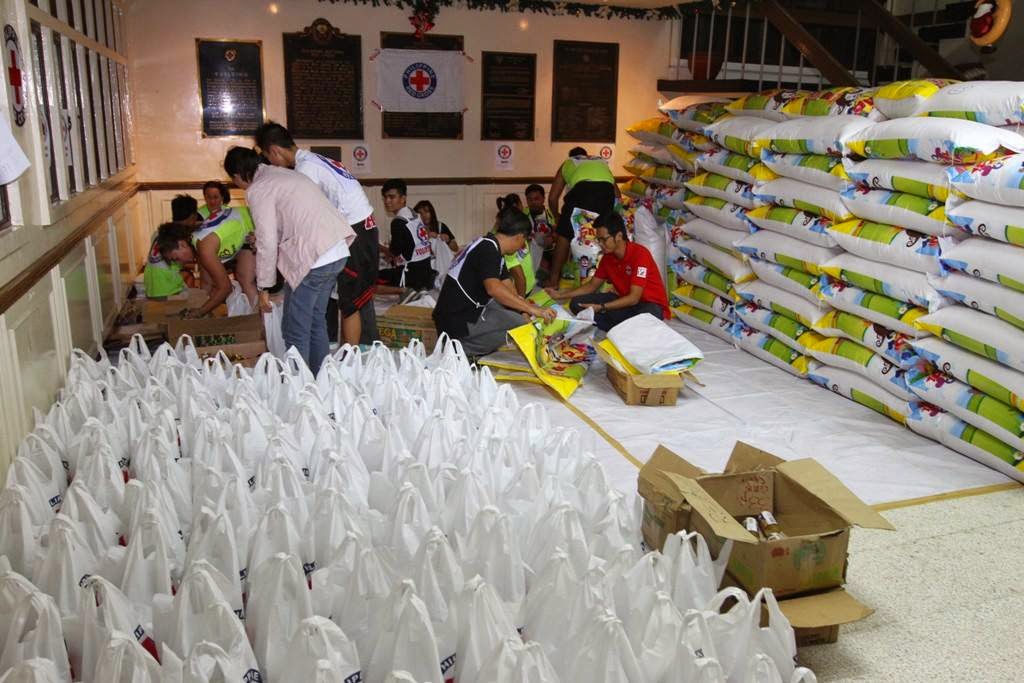 Tarpaulins, jerry cans, hygiene kits, mosquito nets and kitchen set for 30,000 families have been stock-piled by the Internal Federation of the Red Cross and Red Crescent Societies (IFRC) and its partners in the Philippines in anticipation of major damage to homes and livelihoods for those in the monster storm’s wake. 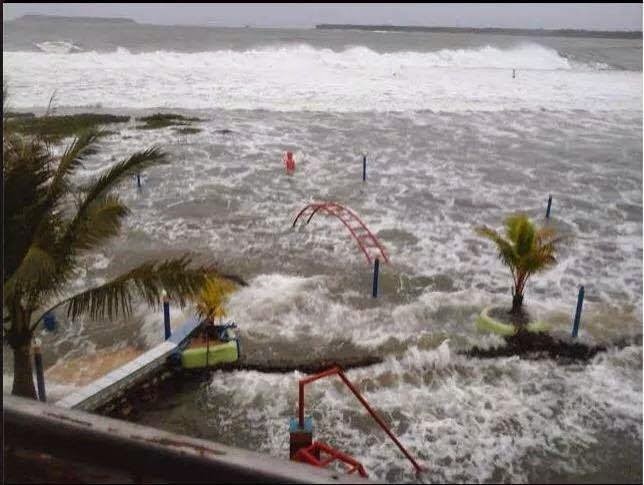 Typhoon Ruby made landfall late last evening with storm surges of up to 15 feet and heavy rain from the slow-moving storm were some of the main concerns as the storm headed west-northwest. Hagupit is still expected to make a second landfall, hitting the island of Masbate on Sunday. 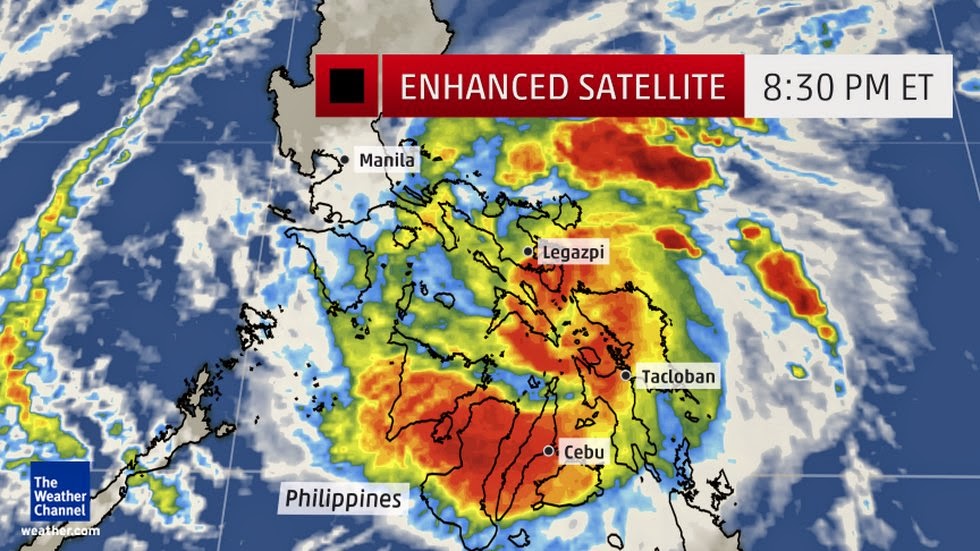 About 40 million people are in the path of the storm's winds. Though the storm will weaken as it moves over land, it is expected to remain a typhoon before it moves out to sea on Tuesday. it is threatening to hit up to five million of the Philippines most vulnerable families – those with high levels of unemployment and already living in poor quality houses in the Visayas region and along the country’s eastern seaboard. It could also cross through islands hit by Typhoon Haiyan last year, including Panay, Cebu and Leyte, where thousands of families are struggling to recover one year on.

Rainfall amounts are a concern because Hagupit is moving slowly on its west-northwest track, at 15 kph (9.3 mph). At that rate it will take about three days for the storm to travel past the capital, Manila, dumping extreme amounts of rainfall -- more than a foot in some places -- as it goes.
That will lead to flash flooding and mudslides, even in places far away from the storm's center. 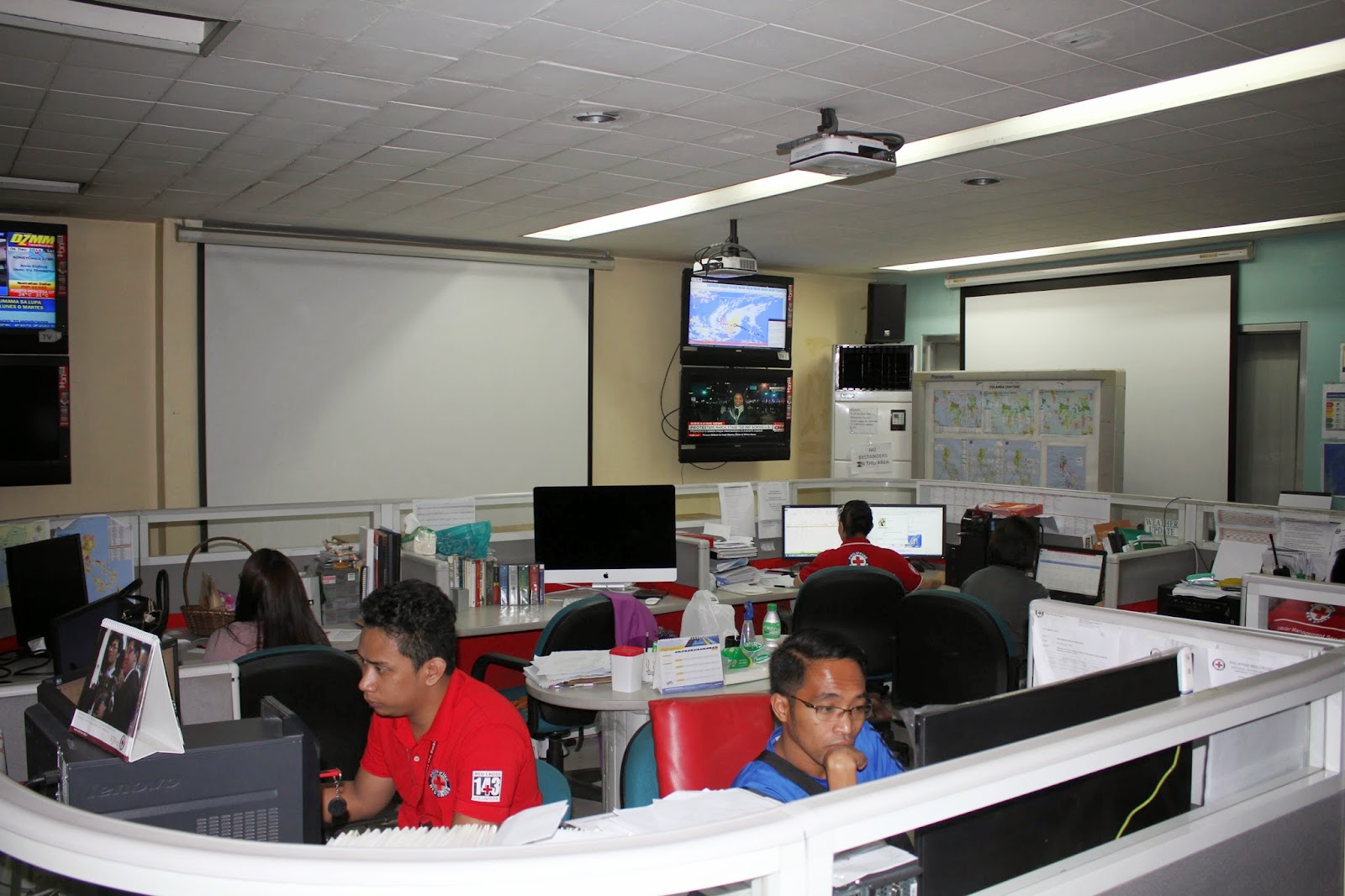 Hagupit should be significantly weaker by the time it reaches Manila on Monday evening, but winds will still be higher than 100 kph (60 mph). The biggest threat in the capital will come from the heavy rainfall, leading to urban flash flooding.
In the first areas to be affected the Philippine Red Cross (PRC) disaster response teams have started rescue and relief operations and others are on standby across the country and volunteers have been activated to support evacuations in high-risk areas. Additional staff and volunteers across all areas are also on high alert.
PRC also has readied relief items such as food supplies, sleeping mats and hygiene kits.
It is possible the storm will grind its way through highly populated areas and affect millions of people - including regions hit by Typhoon Haiyan last year, including Panay, Cebu and Leyte, as well as South Luzon. 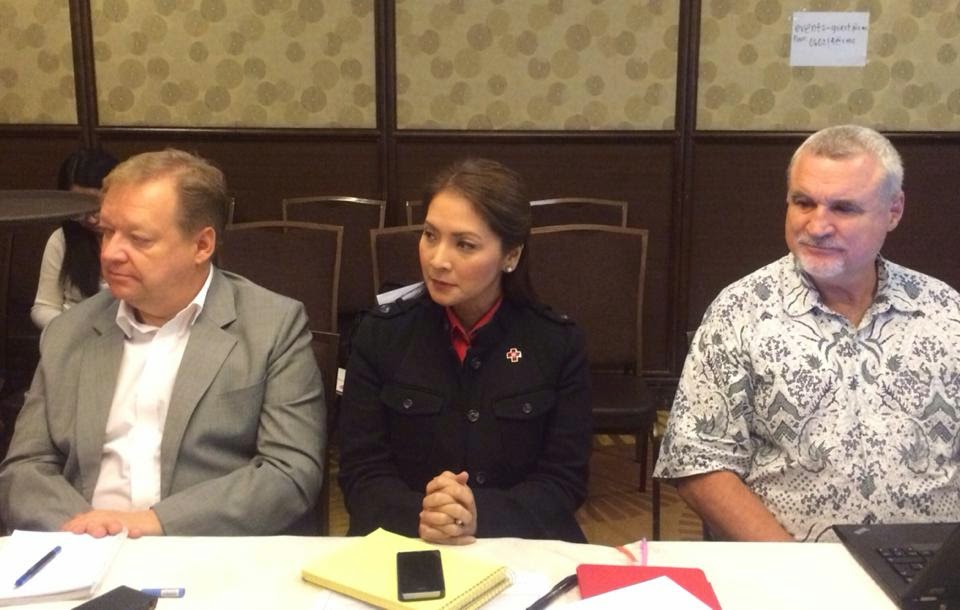 Emergency equipment including water trucks, generators, chainsaws and communications gear ready for use in Leyte, Samar and Cebu. Extra staff have been deployed to Tacloban where the government has evacuated more than 6,000 families.
Head of the IFRC in the Philippines, Kari Isomaa said: “Landslides, major flooding and a potentially deadly storm surge are all major concerns – especially as the storm will take almost two days to plough its way across the country, dumping huge amounts of rain on heavily populated areas.
PRC emergency teams are also on red alert in the areas around Mount Mayon volcano in southern Luzon where intense rainfall may cause deadly ‘lahars’ or concrete-like rivers that could inundate villages with deadly volcanic debris.
The IFRC has technical staff with expertise ranging from shelter and emergency relief to health and sanitation are available to support PRC teams if needed.
In Kuala Lumpur, Malaysia, the IFRC’s Asia Pacific zone disaster management unit is coordinating with the logistics team and is poised to support PRC with extra emergency supplies if needed.
Typhoon Hagupit is due to hit the Philippines almost two years to the day that Typhoon Bohpa ravaged the southern island of Mindanao – killing 1,100 people and leaving hundreds of thousands homeless – and just over one year since Typhoon Haiyan devastated the Visayas region last November killing more than 6,300 people and hitting 1.1 million homes.
“Unfortunately, a major catastrophe hits the Philippines every year – whether that be flooding, landslides, an earthquake or a volcanic eruption. This year we have to be ready to the multiple secondary disasters that could be triggered by Hagupit,” said Isomaa.

Footnote: I am Bob McKerrow country coordinator for the Swiss Red Cross and I have been working here for more than one year on the Typhoon Haiyan recovery operation.

Thanks to Nichola Jones, IFRC foir permission to use parts of her article.
Posted by Bob McKerrow - Wayfarer at 17:59