A letter from an American about Afghanistan. 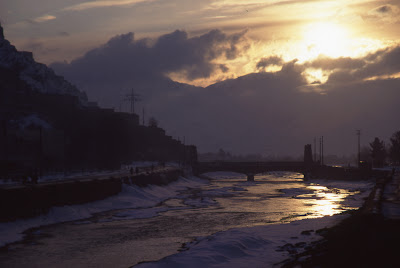 Kabul, a jewel in the crown that has been fought over by the Persians, Alexander-the-Great, Turks, Chenghis Khan, Timur, the Moghuls, the British, the USSR and now the headquarters of an American-NATO, and broader Alliance, that the US are spending 120 billion US dollars a year, believe they can bring about a solution.  Photo: Bob McKerrow

My last posting was an open letter to the President of the United States and here is asummary of what we said :

We have been engaged and working inside Afghanistan, some of us for decades, as academics, experts and members of non-governmental organizations. Today we are deeply worried about the current course of the war and the lack of credible scenarios for the future. The cost of the war is now over $120 billion per year for the United States alone. This is unsustainable in the long run. In addition, human losses are increasing. Over 680 soldiers from the international coalition – along with hundreds of Afghans – have died this year in Afghanistan, and the year is not yet over. We appeal to you to use the unparalleled resources and influence which the United States now brings to bear in Afghanistan to achieve that longed-for peace.

Here is an interesting reply from Robb Kloss, an American living in New Zealand which I received yesterday. 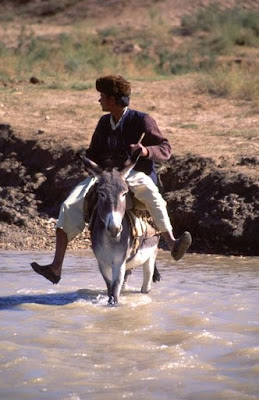 Americans just do not grasp the importance of history, and its relevance to what is happening today around the world. One only has to look at Vietnam where the best and brightest policy makers and academics in America thought that war was actually about communism rather than simply Vietnamese nationalism and 60,000 Americans, and uncountable Vietnamese paid for that mistake with their lives. I would never either one of my boys to die in these places only to be comforted by a flag drapped coffin and shallow words they had died for "freedom".

The spectre of Sarah Palin being my nations leader fills me with dread and fear. But you are right in your comment to Marja that change has to believed and committed to happening. Glad you are out there with these other fine people.
Cheers Robb


A boy crossing a stream in Sar-e-pul.
Photo: Bob McKerrow
My sub-conscious chose this photo as I feel the American-NATO broad based alliance is making a donkey or an ass out of themselves and the Taliban must laughing every night.
Posted by Bob McKerrow - Wayfarer at 18:23

We are the best writing company providing Legitiate Custom Research Papers Services papers in discourse chapters. Some students have the expertise required to complete a disquisition but result to seeking Buy Research Paper for Nursing Help.