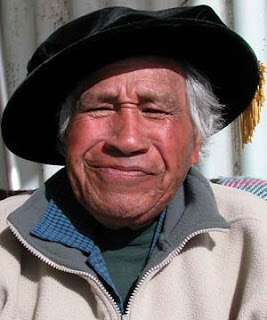 "I hope when I die the sky is grey" one of New Zealand's best poets once wrote, and as he was laid to rest today it was.


I REMEMBER IN 1979 CUTTING ONE OF HIS GREAT POEMS OUT OF THE NZ LISTENER, DATED OCTOBER 27 TO BE PRECISE. Read it

Like frightened girls, the years
ran in thickening to panic-stations
and the days ran out for Jim
as he walked past them. and beyond

Why, only a few days ago, hatless
immaculately tied and overcoated,
tied on , Jim shouldered his way out
of the Crown into the wind
at the corner of Rattray Street: he
didn't hear me call out. Jim was
ghosting

Shoulders bunched, tartan scarf whipping
Jim leaned into the wind. The wind leaned
right back and then pulled away. Jim fell.
He didn't feel the hardness or coldness
of the pavement, for, like an old friend
come back, the wind held him as he fell.

Well, there was no magic tolling of the
bell, and the skies never opened up, But
the ground did...
At the graveside, no one wanted to add
or subtract. No one - except the capitalist
who never even looked up from the counting
his worthless paper money. But, you know

I reckon old Marx would make room for him
Lenin, throw another log on the fire,
and, Mao, like a full moon rising poor a bowl
of tea, offer Jim a cigarette. Bet on it

Hone Tuwhare, 85, was buried this afternoon at his mother's urupa (burial place) alongside his three other siblings at Wharepaepae at Kaikohe.

He died in Dunedin last week after a long illness.

Mr Tuwhare won national and international recognition for his work.

His 1964 collection No Ordinary Sun was the first book by a Maori poet published in English.

Tuwhare was buried at his family's Marae, Te Kotahitanga, at 3pm today.

His body had been flown from Dunedin to Auckland on Sunday and was then driven by family to Kaikohe.

Tuwhare had been buried on the peak of the hill at the cemetery – the tranquillity surrounding the area would bring peace to him, she said.

She said the sunshine had always meant so much to Tuwhare and just after he had been buried today the sun had come out.

The common theme that had come out of today's farewell was that he always treated people as equals.

Mrs Tongotea said he was certainly a leader, not just a poet.

She said there had been a real mixture of people at the tangi and she said Tuwhare had "managed to bring Pakeha and Maori together as one".

For her the most special moment of the tangi had been the four families from Tuwhare's four siblings all coming together.

After Sir Ed, another great tree has fallen. I will always treasure his poems.
Posted by Bob McKerrow - Wayfarer at 06:17

[color=red]The Most Affordable XRUMER/BACKLINK SERVICE Online!
The EFFORTLESS and POWERFUL WAY TO BUILD MASSIVE # OF BACKLINKS
[color=black]
200,000 BLASTS of your URLs+ Anchor Tex, message, pictures (can be spinned) etc
$10 USD (shared with other clients like a carpool), or
$25/200k for exclusive!(you control EVERYTHING)
$50 Exclusive @ 500,000 blasts.
(Complete reports will be given to clients)

[IMG]http://img697.imageshack.us/img697/1540/arrowdownh.gif[/IMG]
For orders, questions or concerns? Email: [u]formless.void47 at gmail.com [/u]
Note:
1. For STRICT Whitehat sites, it is advised to create buffers to pass on linkjuice. i.e. social bookmarks, cloaked pages etc.
You can blast the site directly, but it entails risk.
Using buffers are 100% safe, speaking from experience.
2. Xrumer is a very technical tool. Just describe to me what sorts of effects you want and well make it happen!
If you want to buy Xrumer?
>>>>> http://cloakedlink.com/chzgykebsd <<<<<<

Heya i am for the primary time here. I came across this board and I to
find It truly useful & it helped me out much. I am hoping
to provide one thing again and aid others like you aided me.

Pretty nice post. I just stumbled upon your blog and
wanted to mention that I have really enjoyed surfing around
your blog posts. In any case I will be subscribing on your rss feed and I am
hoping you write once more very soon!

Hello, all is going perfectly here and ofcourse every one is sharing data, that's genuinely good, keep up writing.

This page truly has all the info I wanted concerning this subject and didn't know who to ask.

Hi there it's me, I am also visiting this website regularly, this site is really good and the visitors are in fact sharing pleasant thoughts.

Hey! I just want to give a huge thumbs up for the nice
data you have right here on this post. I might be coming back to your blog for more soon.

Yet, if the insole is absolutely rotten, it may need to take a moderate engagement and splash gently scrub. In effect should be noted that, steer clear of chemical soaps cleaning, or they may attain the insole the transcend of fabric off.[url=http://shoppradabagsuk.webeden.co.uk]Prada Handbags[/url]

You've made some good points there. I checked on the web to learn more about the issue and found most individuals will go along with your views on this site.

Check out my web-site - breastactives.herbalcurenow.com

Thanks , I've just been looking for info approximately this topic for a long time and yours is the best I've came upon till now.
But, what in regards to the conclusion? Are you
sure concerning the source?

Here is my weblog provillus

Woah! I'm really digging the template/theme of this website. It's simple,
yet effective. A lot of times it's very difficult to get that "perfect balance" between usability and visual appearance. I must say you have done a superb job with this. Also, the blog loads very fast for me on Safari. Excellent Blog!

my web blog; breast actives how long does it take

Hi there! I just would like to give a huge thumbs up for the great data you have got
right here on this post. I shall be coming again to your weblog
for extra soon.

What's up, I desire to subscribe for this website to obtain most up-to-date updates, so where can i do it please assist.

Appreciation to my father who told me on the topic of this blog, this webpage is truly amazing.

Good day! I simply would like to give a huge thumbs up for the nice
data you will have right here on this post. I shall be coming again to your weblog
for extra soon.

Hello everyone, it's my first go to see at this web site, and paragraph is really fruitful in favor of me, keep up posting these types of content.

Hey! I simply would like to give an enormous thumbs up for the nice info you have here on this post.
I will be coming back to your weblog for more soon.


Feel free to surf to my page; semper fi shirt

Good day! I just wish to give a huge thumbs up for the great data you have here on this post.

I will be coming again to your weblog for more soon.

Good day! I simply wish to give a huge thumbs up for
the nice info you will have right here on this post.
I will probably be coming back to your blog for more
soon.

Excellent site. Plenty of useful info here. I'm sending it to several pals ans additionally sharing in delicious. And naturally, thank you to your sweat!