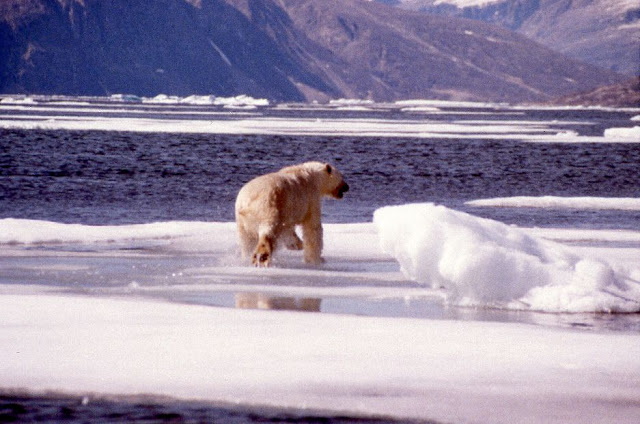 An international meeting to try to prevent the Arctic becoming the next battleground over mineral wealth is taking place in Moscow. With one quarter of the world's resources of oil and gas are believed to lie beneath the Arctic Ocean, the battle is on to legalise claims and to start extracting them.

Russia, Norway, Canada, Denmark and the United States have already laid claim to territory in the region.Although the summit is promoting dialogue, a Kremlin adviser said Russia would defend its national interests. So with hard line comments like this, spare a thought for the Polar Bear and all the other arctic flora and fauna, and the delicate biodiversity. This is my second posting on the Arctic Ocean since the Arctic Summit started in Moscow earlier in the week, and it is important environmentalists, politicians and oedinary people, monitor the outcomes closely. 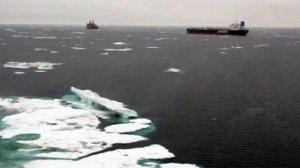 I think that we are doomed to co-operate in the Arctic. And military confrontation especially is completely counterproductive”


Melting ice cap
The region's resources are rapidly becoming accessible due to the rapid shrinking of the polar ice cap.

Senior Norwegian adviser Olaf Orpheum told the conference that nowhere else had seen "such dramatic changes in the surface of the Earth".

The race for the Arctic centres on an underwater mountain range known as the Lomonosov Ridge.

In 2001, Moscow submitted a territorial claim to the United Nations which was rejected because of lack of evidence.

Three years ago, a Russian expedition planted a titanium flag on the ocean floor beneath the North Pole in a symbolic gesture of Moscow's ambitions.I think that we are doomed to co-operate in the Arctic. And military confrontation especially is completely counterproductive” 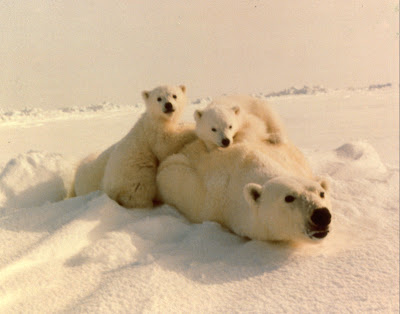 With global warming seriously threatening the existence of the Polar Bear, oil and mineral exploration is likely to add polution and a permanent  human presence that will further harm the species. Phot: Bob McKerrow


Law of the Sea

As evidence of the gathering momentum in the race for mineral resources, Russia has announced it will spend $64m (£40m; 48m euros) on research aimed at proving its case.
The man behind the 2007 polar expedition, Artur Chilingarov, has announced that he will attempt to launch a drifting research station next month.

Kremlin climate change adviser Alexander Bedritsky told reporters that Russia had a "strong chance" to win approval when it submitted its data to the UN in 2012-13.

Canada is likely to hand its file to the UN around 2013 and has said it is confident of its case. 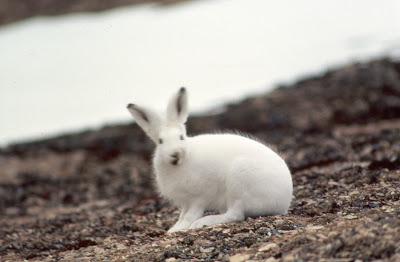 From the Arctic Hare (right) to the Loon, the Ptarmagin to the Walrus, to the Arctic Sedge, Arctic flora and biodiversity will surely be affected.

Denmark plans to put forward its details by the end of 2014.

For the states involved in the territorial dispute, the key lies in obtaining scientific proof that the Lomonosov Ridge is an underwater extension of their continental shelf.

Under the UN Convention on the Law of the Sea, a coastal nation can claim exclusive economic rights to natural resources on or beneath the sea floor up to 200 nautical miles (370km) beyond their land territory.

But if the continental shelf extends beyond that distance, the country must provide evidence to a UN commission which will then make recommendations about establishing an outer limit. 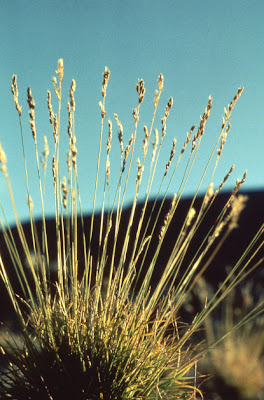 Climate change and pollution is already seriously affecting the biodiversity of fragile plants and lichens that cling precariously to the Arctic coastline. The further exloitation of oil and minerals can only serve to push them to extinction. Left, Artic Sedge. Photo: Bob McKerrow


Last week, Russia signed a treaty with Norway, ending a 40-year dispute over their maritime borders in the Barents Sea and Arctic Ocean.

Russian Arctic expert Lev Voronkov said the experience of the Cold War proved the need to work together.
"No one problem of contemporary Arctic can be resolved by one country alone. So that's why I think that we are doomed to co-operate in the Arctic. And military confrontation especially is completely counterproductive." 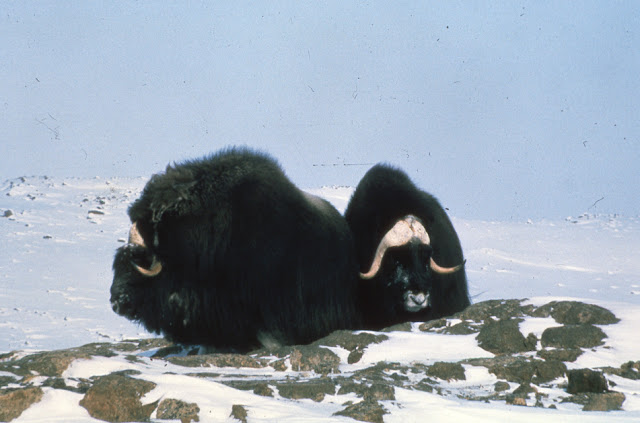 The Musk Oxen's habitat is being threatened by Climate Change. Let's not add pollution from oil spills to this ever degrading situation. Photo: Bob McKerrow
Posted by Bob McKerrow - Wayfarer at 20:02

You'll also opt in purchasing a survey scanner if you should happen to feel that you need better probabilities in finding the ore that you would like to mine. Try and keep all of your tools and items organized in a neat way. We design and manufacture the full range of conveyor components used in materials handling equipment, whether for new systems or replacement parts to any existing equipment.

It currently has less than a 2% refund rate which means for every 100 people only 2 people request a refund. Crowe, The Tony Rice Unit, Chesapeake and Aldridge, and Bennett & Gaudreau) on mandolin and mandola, Tony Williamson (mandolin), Chris Brashear (fiddle), and Tom Corbett (mandolin). Also like many single parents, Sebastiao is hoping to share the bills with her former spouse. If the other driver makes any admissions of fault, write those down as well. You must be introduced with a display screen with several alternatives one particular of which will be safe mode with networking.

Can I publish your submit to my wordpress weblog? I will add a inbound link to your forum.

Thanks for the auspicious writeup. It in reality used to be a enjoyment account it.
Look advanced to more delivered agreeable from you! By the way, how can we be in contact?